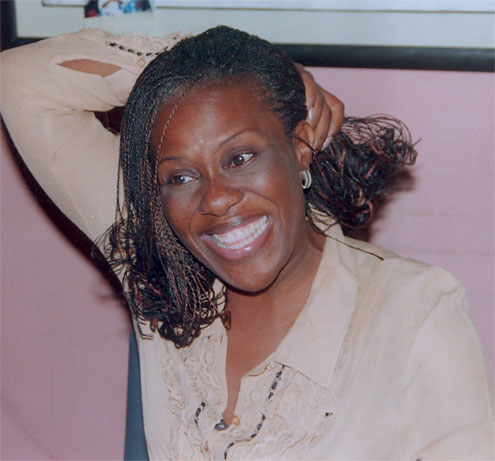 This year’s edition of BOBTV is set to stir up Nigeria’s Federal Capital Territory as the organizers announced recently that veteran actress and director, Joke Silva, executive producer of AMAA, Peace Fiberesima and production designer, Pat Nebo will join the league of distinguished individuals on the 2012 BOBTV Honours List.

Students from universities across the country will also go head-to-head in a competition showcasing their works and films at the Ladi Kwali convention centre and Sheraton Hotel and Towers, Abuja, from tomorrow till Friday, 16 March, 2012.

The best university or student goes home with the grand prize of N1million along with several production opportunities.

The speakers for BOBTV 2012 are intellectuals from within and outside Nigeria who would enlighten guests and participants on the need to work towards a change in the Nigerian entertainment industry.

BOBTV 2012 tagged “The Creative Industries: Nigeria’s Untapped Wealth” will also feature the cast of MNET’s much loved soap Tinsel: Matilda Obaseki, Richard Mofe-Damijo, Iretiola Doyle, and many others who are billed to attend this year’s Expo.

The actors and actresses are expected to have a one-on-one experience with their fans at a special autograph session.

Apart from a special screening of Big Daddy, the short film on rape, this year’s edition of BOBTV will begin with a music fiesta to be hosted by Storm 360 while an after party would be hosted by guest celebrities. Past editions have been hosted by the likes of the Bayelsa State Culture Ministry, Soundcity and Lagos State Tourism Board.

The line-up of performers for this year’s expo is yet to be announced by the organisers. Past performers on BOBTV include P-Square, 2Face, M.I and Mamuzee among others.

The Premiere of Adesuwa an epic movie by filmmaker Lancelot Imasuen Oduwa is scheduled for this Wednesday and will draw the crème de la crème of Abuja in a night to be remembered.

This year’s women in film as programmed by Esther Ekanem shall feature films by Dr. Joy Emordi on women trafficking. Other films are expected from popular filmmakers from Liberia, Mali and Ghana.

BOBTV started in 2002 by the pioneers of the Nigerian Film and TV Programmes Industry who wanted to create structures that will facilitate the foundation and exchange of high quality TV programmes. By 2005, the African Film and Television Programmes Expo had become an international event, attracting visitors, participants and resource persons from Canada, Zimbabwe, Namibia, England, United States, South Africa, Ghana and many more.