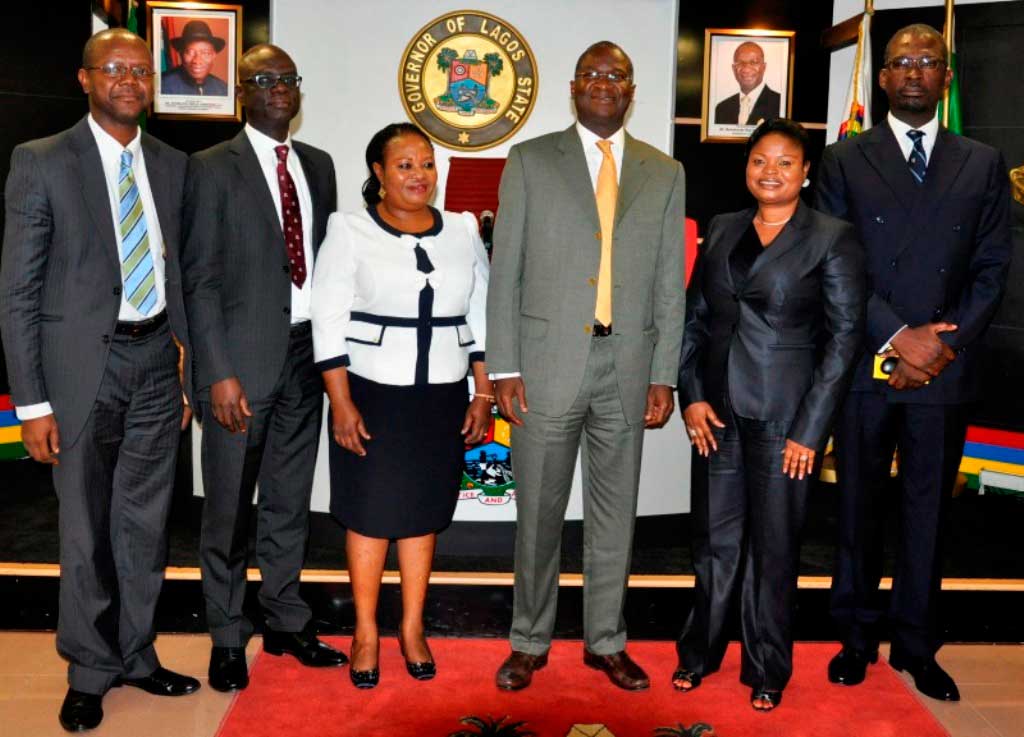 Former Attorney-general of Lagos state, Supo Sasore has been appointed to chair a three-man law reform committee set up by the Lagos State government.

Governor Babatunde Fashola (SAN) has inaugurated the committee, expressing the hope that it will lead the way forward on where government should intervene in terms of amending, repealing or replacing existing laws in a manner consistent with global practices.

The other members of the committee are: Mrs Tola Akinsanya, a director in the legal drafting department of the justice ministry and Mr Akeem Olajide Bello, a former assistant to the governor on legal matters.

Governor Fashola who spoke at the Lagos House, Ikeja said with the caliber of men on the Committee, the government looks forward to a future that is driven by proactive laws that are life saving and citizen responsive while empowering government to do its job better.

“As a government that is committed to law and order, the protection of citizens and their property becomes more difficult if the laws do not reflect the current realities of today. There are some penal sums that are still kept in currencies that Nigeria no longer uses”.

The State Governor reiterated that Lagos State just as any city State, faces the challenge of urbanization with many millions moving into urban centres in the last 15 years in higher quantities than it has happened in the last 100 years.

He noted that the major work will be determined by how well the law can be managed and enforced, adding that the government welcomes the idea of a Progressive Law Reform Commission.

He said clearly, the State will need new laws to deal with emerging issues in the transport sector such as multiplying number of bicycles and motorcycle operators who flout the law.

“We need new laws and amendments to deal with those modern challenges as a result of urbanization. We also need new laws on how people live when they migrate to urban centres and control what they can do and what they cannot do”.
“We need new laws on how we manage the issue of safety, epidemiology, management and treatment of diseases that would be the increasing challenge of city and state managers. Not long ago, we grappled with the issue of Lassa fever and the prognosis is that diseases in urban centres would become more challenging to deal with especially diseases with capacity for epidemic proportion”.
Governor Fashola who also expressed his pleasure at the choice of the Chairman of the Committee, Mr Supo Shasore(SAN) said he was a former Attorney General who was committed to law reform.
He said not only was his commitment measurable from the number of bills that were passed during Mr Sasore’s time, but two legislations namely the Criminal Code law and the Magistrate Courts laws were very remarkable about his choice for the commission.
The Governor said the Criminal Code Law and the Magistrate Courts Law which is almost 100 years old and 50 years old respectively before they were reformed speaks volume about how Nigerian laws have lagged behind in terms of developments that have taken place in the society.

The Attorney General and Commissioner for Justice, Mr Ade Ipaiye said the stage for the inauguartion of the committtee was set when the Governor assented to a bill by the State House of Assembly to reform the Commission.

Mr Ipaiye stated that the assenting of the Governor to the reform law set the stage for an amendment of the law of the State Law Reform Committee as one which keeps the laws on the State under constant review.

Responding on behalf of the other members, Sasore (SAN) described Governor Fashola as a leader of his generation who has always focused on law and order.

He pledged the commitment of the members to continue to work in the service of the people of Lagos State, adding that they will give the task at hand all the seriousness it requires.

Present at the inauguration were the Deputy Governor, Hon (Mrs) Adejoke Orelope-Adefulire and some members of the State Executive Council.