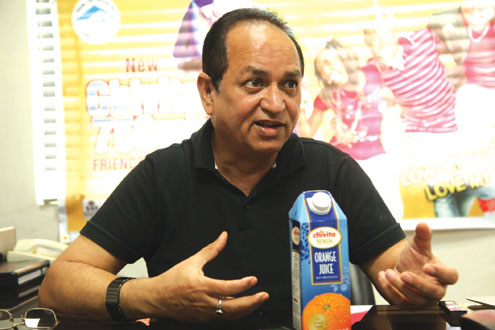 A self acclaimed spiritualist, Adewale Salami, 35, has been arraigned before Oshodi Magistrate’s court, Lagos State, Southwest Nigeria for allegedly defrauding a company worker, Yinka Kayode to the tune of N11 million on a false pretence of helping him to perform rituals to kill his employers so that he would take over the company.

Yinka who was a staff of Chivita Company Limited located at Ajao Estate, Lagos, reportedly approached Salami and asked him to perform some spiritual work so that he would terminate the lives of his employers and own the company.

Salami promised to do so if he would pay the money.

Yinka reportedly went with the money to Aviation Estate, Mafoluku, Oshodi. He started paying him the money to the tune of N11 million.

After the payment, his employers did not die as Salami promised.

Instead the company sacked him.

He went to Salami for refund of his money since he did not do what he asked him to do.

Salami bolted with the money and left him to his fate.

The police arrested Salami and charged him to court for stealing and obtaining under false pretence under section 419 and 390 of the criminal code 2003.

Part of the charge reads:” That you Adewale Salami on the same date, time and place did obtain the money from Yinka under false pretence that you will perform ritual for him to terminate the lives of his employers which was false”.

The presiding Magistrate, Mrs. Osho Adebiyi granted him bail in the sum of N1 million with two sureties in like sum,

The matter was adjourned to another date.