Chelsea battles through to quarters 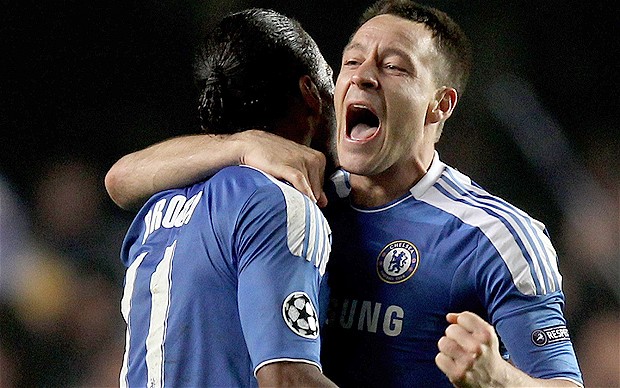 Branislav Ivanovic scored a dramatic extra-time winner as Chelsea completed a remarkable comeback to beat Napoli 4-1 and advance to the quarter-finals of the Champions League at Stamford Bridge, London Wednesday.Serbian international Ivanovic swept home emphatically in the 105th minute to give Chelsea — beaten 3-1 in the first leg in Naples last month — a 5-4 aggregate victory at Stamford Bridge.

It was only the fourth time in the modern history of the Champions League that a team has successfully overturned a two-goal first leg deficit.The match had gone to extra-time after a pulsating period of 90 minutes which saw Chelsea battle to a 3-1 win that left the tie locked at 4-4 overall.

Chelsea had surged into a 2-0 lead that would have been good enough to take them through following a first half Didier Drogba goal and a John Terry header just after the interval.

But Gokhan Inler lashed home a 55th-minute thunderbolt to make it 2-1 on the night and 4-3 to Napoli on aggregate to leave the Italians in the driving seat.Yet with a little over a quarter of an hour to go substitute Andrea Dossena was adjudged to have handled Ivanovic’s header in the area and German referee Felix Brych pointed to the spot.Frank Lampard duly stepped up to drive home the penalty to make it 3-1 as the contest went to extra-time.