I Dropped Out Of School For Comedy 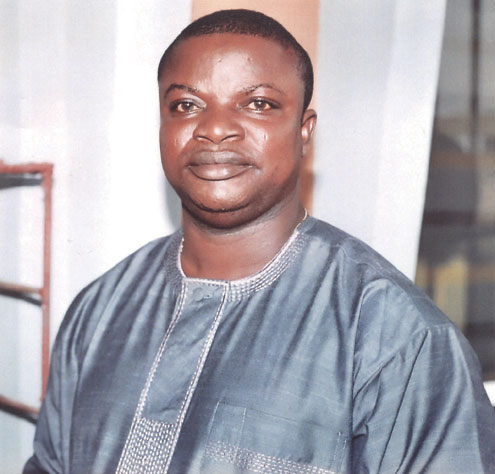 What has been happening to Baba Gboin?

We thank God, all has been well with me.

Can you recollect how you started broadcasting?

Before I became a broadcaster, I used to be a dramatist and I formed Bomodeoku Theartre Group in 1982 while at Igando High School, Lagos state. From then I started featuring with my group on the then NTA at Tejuosho, Yaba , Lagos. But in 1986, I changed the name of my group to Bashy Group of Jesters when I could not finance the group any longer because the money being paid by the station could not sustain us. I decided to go solo becoming a radio presenter in 1988. I had a segment on Omo Olofin, a programme being presented by Tope Saheed on Radio Lagos.

You used to be with the late Gbenga Adeboye alongside Abey Fagboro and Akeem Enudunjuyo, what was your experience like?

Along the line, I was introduced to the late Adeboye by Alhaji Bayo Tijani. Meanwhile, I met the duo of Abey Fagboro and Akeem Enudunjuyo already featuring on his programme. However, it is noteworthy to say that I knew Alhaji Bayo Tijani through my former bosses at Lagos State Electricity Board, Engineers Shotonwa and Wasiu Elegbede.

Why did you separate?

I left when I started my own programme on Radio Lagos, Kasunlayo, every Wednesday in 1990 but in 1992 I was invited by Alhaji Uzamot Tajudeen with Akeem Enudunjuyo to anchor a comic relief segment called Agbdegbeyo on his progamme, Nifaaji kelele presented by Akande Famoye and Olasunkanmi Ayanmo. In 1994, and when High Chief Ramond Dokpesi started the first private radio station in Africa, I approached the then Manager Programmes, Ambrose Shomide with a proposal for a Yoruba language programme. He told me that the management could not create another Yoruba language programme but advised me to join him on Minijojo, a chit-chat light programme. Here we are today, eighteen years after and we are still waxing stronger.

Are you a member of Freelance Independent Broadcasters Association of Nigeria (FIBAN)?

I am not only a bonafide and strong member, I am a financial member as well.

It is an exhibition of abundant talents, so, to that effect, I have about nine albums to my credit including the debut, Breakthrough, Born Again, Osikedemi, Erinwo, in memory of the late MKO Abiola,Talent Exhibition ,Gboin Loke, Advance Journey and Ede’wa which will be unveiled on the anniversary day, Sunday, 25 March, 2012.

Out of music, broadcasting, comedy and being an Mc which gives money most?

It is a very difficult question, but I will respond to it. In the entertainment industry, it is only God who can reward adequately.

Have you really made money?

I am contented with what Almighty Allah has provided for me.

You are celebrating your 30 years on stage in a couple of days, it suggests that you will be about 60 years old?

That is a wonderful question; it is good for one to discover himself early in life. I started as a teenager, precisely at age 17, no more, no less.

Are you a ladies’ man?

As an artiste, I cannot be an enemy of ladies, they are part of the industry, we have to carry one another along to complement and enhance the business and behind every successful man, there is always a woman, says an adage.

You and Ambrose Shomide have been together for 18 years or so without quarrel. What is the secret?

Was it true that you were twice expelled from UNILAG and LASU over insubordination?

Ha! It is a big lie. I was not driven out for whatever reason. I voluntarily opted out when I discovered I could not cope because of my busy schedules and I don’t want to be involved in certificate scandal. I however have professional certificates from BBC Training School, London and Nigeria’s FRCN Training School, Lagos respectively.

How would you assess the broadcast industry in Nigeria?

Quite encouraging and competitive as we are improving by the day.

Who are your favorites in the music and comedy world?

I appreciate talents that are worthy of emulation. They are too numerous to mention.