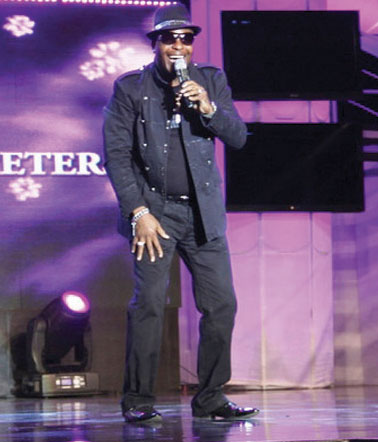 The guest judge for the night was a big surprise as Afro-juju legend Sir. Shina Peters joined Jeffrey Daniel, Yinka Davies and Charly Boy on the table.

Earlier in the week, Linda Giami exited the show after receiving the least number of votes.

Kicking off the show with vigour, SSP performed an exciting medley of his biggest hits, preparing the audience for the spectacular performances to follow.

Mercy Chinwo opened the stage with an electrifying rendition of Midnight Crew’s Igwe. Honey on the other hand, finally got a chance to perform with his guitar as he serenaded the ladies with Tuface’s African Queen.

Stephen Onochie better known as the Lover Boy, performed Djnee’s Ego in yet another heart-warming performance that wowed the crowd. Najite was in her element as her strong vocals complemented her performance of Paul I.K. Dairo’s Mo So Rire.

However, it was Joe Blue’s performance that brought the house down. Ditching his signature pose, he stood on the edge of a huge traditional drum and delivered a dramatically charged version of Infinity’s Olorioko.

The second time out, Honey appeared first with a performance of Dbanj’s Fall In Love which was all his own. Joe Blue, clearly a crowd favorite, had another go at giving his best to the audience. Singing Flavour’s Oyi, the audience replied him with hoops and cheers. Najite is one of two divas left on the Nigerian Idol stage. Her second performance of the night was Omawumi’s If You Ask Me, with which she carried the crowd on a sing along.

Stephen rendered the timeless Nico Mbarga hit, Sweet Mother earning him a hug from his mother.

For the second week running, Mercy Chinwo appeared to have money on her mind. This time it was P-Square’s Chop My Money’, which the petite songbird transformed into ‘ I Go Chop Your Money.’

Mercy’s song as usual brought the crowd alive in yet another exhilarating performance that crowned the night.