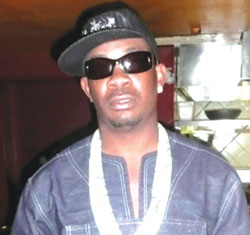 Music producer and artiste, Michael Collins a.k.a. Don Jazzy, has confirmed his split with his long time buddy and business partner, Dapo Oyebanjo a.k.a. D’banj.

The ace producer, through his Twitter account @Don-Jazy confirmed that their partnership under the umbrella of Mo’hits had crumbled, describing the development as “sad but true.”

He tweets,“Good day friends. So sorry I have been away for long as i have been going through some changes in my life.

“It is with a heavy heart that I announce the end of a long era and the beginning of a new one.

“Some of the rumours you have all heard recently are sad but true. The way forward now is to make sure I keep bringing you guys more of the beautiful music y’all love to dance to.

“And to end d old era I will b donating the proceeds of my production catalogue from day one till date to five charity organisations. Thanks. IDJA.”

There had been reports that the two friends had parted ways over some issues, especially D’banj’s collaboration with American R&B star, Kanye West, and his label, G.O.O.D Music.

D’banj’s interview with American magazine, Ebony, added fire to the speculation, especially where he described Don Jazzy as one of the artistes on the Mo’hits label.

In the controversial interview, published on the magazine’s website last week, D’banj reportedly said he was the sole owner of Mo’hits.

However, his aides denied these assertions, saying the interviewers misquoted him.

A few days later, the interview was reworked, with D’banj being quoted as saying that he and Don Jazzy were the joint owners of M’ohits.

There has been no comment from D’banj or his camp as at the time of filing this report regarding Don Jazzy’s announcement about the split.