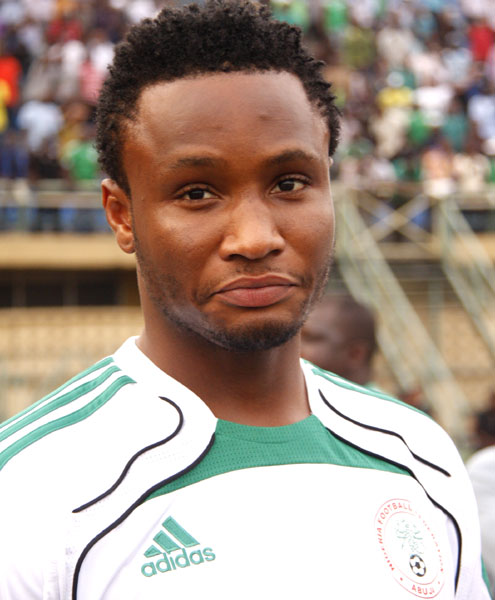 Chief Coach of Nigeria’s Super Eagles, Steven Keshi, has challenged John Mikel Obi to improve on his game and start scoring goals to add value to his professional career amid the competition for first team shirt in the star-studded Chelsea.

Keshi, who was at the public hearing on a bill for an act to repeal the Nigeria Football Association Act Cap 110 Laws of the Federation of Nigeria 2004 and enact the Nigeria Football Federation Act to provide for the administration of the game of football in Nigeria and related matters at the National Assembly yesterday, said modern football is very mobile and any player can find himself at a position to score goals for his team irrespective of the position he plays. He added that Mikel as a defensive midfielder can score goals by surging forward to join his team’s attack.

“Mikel is a good player, there is no doubt about that, but he should improve on his game and start scoring goals to make him his coach’s delight. That will earn him a starting line up at Chelsea,” Keshi said.

He cited Chelsea players like John Terry, Branslav Ivanovic and David Luiz, who are defenders, but have scored vital goals to rescue the team from the jaws of defeat. He added that with the skills and height of Mikel, he should be more useful at goals for Chelsea.

“Mikel can score goals if he pushes forward. I saw Luiz score some goals last season despite being a defender, who just joined the club.

“Terry and Ivanovic have also scored goals for the team. Ivanovic’s winning goal against Napoli was a well taken strike as if he is a striker,” Keshi added.

Mikel has only scored two goals since he joined Chelsea and he has never had a goal to his name in the Premier League games.