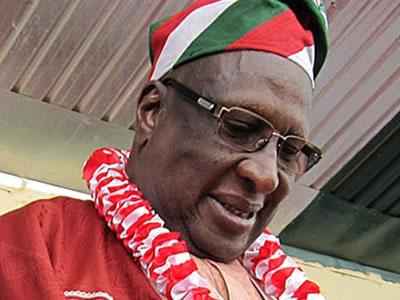 THE WILL, an online news portal reports that PDP’s acting National Secretary, Musa Babayo defeated Tukur to emerge the consensus candidate for the Chairmanship of the party which has been zoned to the area.

The national convention of the party is slated for Saturday, 24 March.

At the congress, which had governors from the North East and party leaders in the zone in attendance, Musa Babayo polled 14 votes to beat Tukur who polled 2.

The governors of the zone who appeared to have deceived Jonathan and Tukur, are however, alleging that the process was hijacked by Bauchi State Governor Isa Yuguda, who is believed to have a deep dislike for Tukur.

One source familiar with the development told THEWILL after the election that “the governors are just playing games with Jonathan. Bauchi (Yuguda) couldn’t have pulled this off without the support and knowledge of the governors of the zone.”

Bamanga Tukur, a former presidential candidate who is in his 70s, had received the backing of top PDP bigwigs like Chief Tony Anenih and most governors of the Niger Delta States including President Jonathan’s home state Bayelsa.