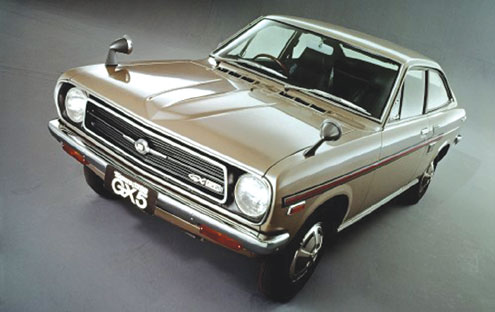 This is the new logo of the reborn Datsun brand. Out goes the red rising sun in the background, and that’s logical, since today’s Datsun is not going to be sold in Japan, or developed markets, but high-growth emerging ones. The Japanese automaker quit using the Datsun brand in 1981 to unify its model lineup globally under the Nissan brand. Nissan also markets the luxury Infiniti brand. The Datsun brand will be revived for cars and trucks starting in 2014 for emerging markets, Nissan said.

The Datsun name was introduced in Japan in 1932 and debuted in U.S. showrooms more than 50 years ago. It was instrumental in building Nissan’s business in North America. Nissan has been pushing rapidly into emerging markets, including a partnership with Ashok Leyland Ltd. in India and a recently announced factory in Brazil, where it aims to triple its market share by 2016. Nissan and its French partner, Renault SA, are also close to announcing a deal to increase the alliance’s stake in Russia’s AvtoVAZ, the maker of Lada cars, to aid growth there.