Tiger Woods back from the woods, wins again 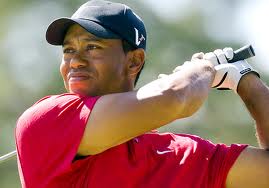 Tiger Woods has ended his winless streak of the past 30 months by lifting the Arnold Palmer Invitational trophy, for the seventh time.
The victory ended Woods PGA Tour victory drought, that coincided with the personal turmoil that followed a 2009 sex scandal.

On Saturday, Woods had fired a one-under par 71 for a one-shot lead heading into the final round of the Arnold Palmer Invitational.

But on Sunday, he stretched the lead by 5 shots, carding 13 under par. His closest rival, Graeme McDowell made 8 under par.

England’s Ian Poulter finished in third seven shots behind Woods, while South Africa’s Ernie Els was part of a group of seven golfers who tied for fourth at 5 under par.

Woods, the 14-time major champion Woods had won before today, a record six times on the Bay Hill course. The last time Woods won on the PGA tour was his victory at the 2009 BMW Championship.