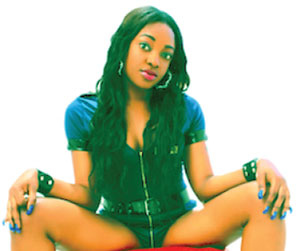 Actress Tayo Sobola has concluded plans to debut as a producer with the flick Arewa Onijongbon.

The Olabisi Onabanjo University graduate of Public Administration is set to make a statement in Nollywood with the movie, whose trailer has been enjoying massive viewing on YouTube since it was released few days ago.

The movie is said to have a different look and feel from the regular Yoruba movies.

It highlights the pain of a father (Akin Lewis) who has to choose between his daughter (Tayo Sobola) and his new wife (Racheal  Oniga) to enjoy a peaceful home. This is the psychological torture he has to face because the two beautiful women are so important in his life. But the decision of who matters more becomes a nightmare…

A highly hilarious and educative movie, Arewa Onijongbon deals with the issues encountered by single parents, especially problems that arise between stepmothers and stepdaughters.

A special media screening and premiere of the flick will come up in April.