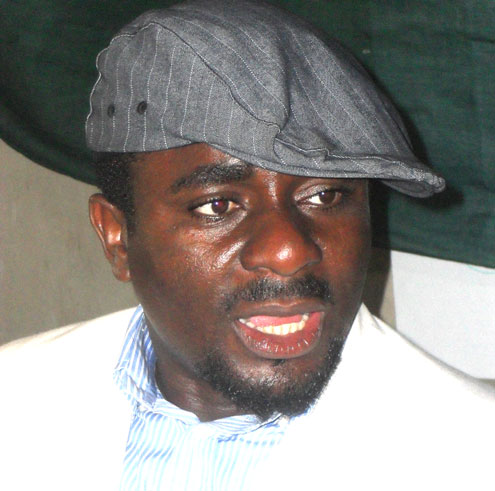 Emeka Ike is praying the Court to Declare that the tenure of the defendants as members of board of trustees has expired and they don’t have powers to amend the constitution of the Guild. And an order of the Court restraining the GNU from parading themselves as officials of the association.

As the leadership tussle of the Actors Guild of Nigeria rages on, a federal High Court in Lagos Southwest Nigeria, has adjourned the suit filed by one of the members, Emeka Ike, against Segun Arinze and six others till 21 June.

Others joined as defendants in the ensuing legal battle are the incorporated Trustees of Actors Guild of Nigeria, Chairman of the board of Trustees Ifeanyi Dike, Emmanuel Oguguah, Murphy Stephen, Sunny Mcdon and Okey McAnthony.

In a 72-paragraph affidavit sworn to by Emeka Ike and filed before the Court by a Lagos Lawyer Malcolm Omirhobo, he alleged that the Guild’s immediate past president, Ejike Asiegbu’s tenure expired in 2007, but he refused to relinquish his position and failed to conduct election to usher in a new government. Consequently, a member Steve Eboh instituted a suit in Court.

Thereafter, the defendants held several meetings and in one of such meetings held on 15 June, 2009 by a resolution the following members were appointed as National Caretaker Committee:

However, due to the reluctance of the erstwhile president to relinquish power, the defendants who are all members of the board of trustees sued him, and prayed the court to ratify the appointment of the Caretaker Committee.

On 10 August, 2009, the Committee set up an electoral committee. In preparation for elections the caretaker committee raised funds to finance the election from its members, the public, government parastatals and corporations.

At the last minute, the ousted President went ahead to pick Segun Arinze, who is not a registered member, as the president. Consequently, a petition was sent to the Corporate Affairs Commission, Abuja, but coming to reality that his selection in Port Harcourt as President of the Guild was illegal, Unlawful and unconstitutional, Segun Arinze denounced his Presidency. With the erstwhile President out of the way, the defendants began to scheme to elongate their stay in office. Consequently after entering into alliance with Segun Arinze the defendants, purportedly through a resolution dated 7 November, 2009, unilaterally amended the constitution of the Guild by the forming a body called “Government of National Unity” to take over the affairs of the Guild for two years. Thereafter, Okey Mcanthony was appointed as the president of the said Government of National Unity.

But Emeka Ike and Steve Eboh rejected their appointment into the Government of National Unity.

Nevertheless, pursuant to the wishes of members and in line with the terms of settlement of 29 September, 2009, conducted a free and fair election where Emeka Ike was duly elected as the National President of the Guild with the following persons emerging as officers of the Guild:

Emeka Ike is praying the Court to Declare that the tenure of the defendants as members of board of trustees has expired and they don’t have powers to amend the constitution of the Guild. And an order of the Court restraining the GNU from parading themselves as officials of the association.

However, in a counter affidavit, sworn to by Segun Arinze, he alleged that Emeka Ike is not only an impostor but a suspended member and that the action of the board of trustees was endorsed by the entire members of the Guild as it is expedient to rescue the Guild from crisis. Arinze further averred that the defendants never forged the constituton of the Guild, rather all that was done was in accordance with the constitution of the Guild. Therefore, the respondents alleged that the caretaker committee which conducted the purported election that ushered in the government of Emeka Ike could not have continued to function upon its dissolution by the board of trustees having realised that it was unconstitutionally constituted. Therefore the respondents urged the court in the interest of justice to dismiss the suit being frivolous and misconceived.