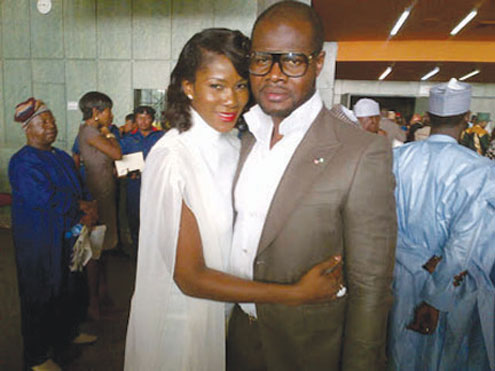 Successful Nollywood actress and super model, Stephanie Okereke, is believed to have picked Saturday, 21 April, 2012 as her wedding date, but why she has continued to keep mum on the whole thing has become a surprise of sort to her fans.

The beautiful actress, NollywoodReel gathered, is set to walk down the aisle with Linus Idahosa, the Chief Executive Officer of Del York International at a yet to be confirmed venue.

Meanwhile, the actress’ decision to hold a secret wedding has stirred argument among her fans. It was rumoured that it is expected decision because Stephanie ‘has not properly been divorced with her erstwhile hubby, Chikelue Iloenusi.’

The romance between Stephanie and the former Super Eagles of Nigeria player hit the rocks in 2007.