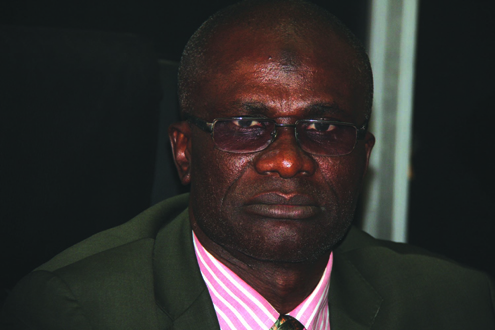 The Lagos State Government has lashed out at striking doctors, describing them as a bunch of blackmailers trying to protect their personal investment in private hospitals, while the doctors asked the government to address the real issue by meeting their demands.

Special Adviser to the Governor on Information and Strategy, Mr. Lateef Raji on Wednesday in Lagos, Southwest Nigeria, described the doctors’ demands as misplaced, pointing out that the government was the first in the country to implement the Consolidated Medical Salary Scale Structure, CONMESS, which the doctors were now complaining about.

“These doctors are just out to blackmail Lagos residents so that they will continue to be above the rules and live outside us. Lagosians should, therefore, rise up because the doctors are being paid with taxpayers’ money, and the taxpayers are really sweating. They should prevail on the doctors to go back to work,” he said.

Raji said the doctors were also demanding that House Officers on grade levels 10 and 12 be paid teaching allowances, a provision which, according to him, was not part of CONMESS, adding that government told them that if they could provide the evidence that it was part of CONMESS provisions, it would pay.

“The doctors, from our findings, are just bent on going on strike probably to protect personal investments in their poorly equipped private hospitals, and that is what Lagosians should brace up for. When you complain that somebody who is on Grade Level 15 is not on step 04, that his entry point should be Grade Level 15 step 04, I mean Lagosians are wiser,” he said.

Reiterating that the doctors went ahead with the strike in order to protect their own personal investments, Raji said the government and people of Lagos would soon see the truth of the doctors’ action as the real reasons for the strike would unfold as time goes on.

On what the government plans to do to keep the hospitals working while the strike lasts, the Special Adviser disclosed that even within the Medical Guild, there were several doctors who were not going to join in the strike because they were not happy with how the Executive of the Guild called the strike.

He also expressed joy that the government has “willing hands who are ready to ensure that emergency services in Lagos hospitals run and that the hospitals function,” assuring that government would continue to do everything in its power to ensure that the medical facilities across the state are not shut down.

Declaring government’s readiness “to meet with the doctors when they shelve their recalcitrant position,” the Special Adviser urged Lagosians to rise up and put pressure on the doctors to return to work, pointing out that the government had put everything in place, more than any other government in the country, to ensure that the doctors stayed on their jobs in terms of infrastructure and working condition.

“Lagosians should know that doctors in Lagos State earn the fattest salaries in the whole of the country; that the doctors have no reason to go on strike and therefore, Lagosians should mount pressure on them to go back to work because what they are asking for are administrative issues that government has met,” Raji said, adding that government assured the doctors of its readiness to correct any unavoidable errors in the implementation of the CONMESS.

In their reaction, the striking doctors said the government should stop deceiving the public and meet their demands once and for all, saying that the issue had dragged for too long.

Chairman, Medical Guild, Dr Olumuyiwa Odusote told P.M.NEWS that government was just trying to play to the gallery and run away from the real issue at stake.

“If the government said we are selfish, who is selfish? We are not asking for anything than what they agreed to pay us. It is the people who like to deceive others that will come out to say doctors are selfish.

“The issue at stake has nothing to do with greed; if anybody is greedy, it is the government officials. They agreed to a salary scale, they refuse to pay.

We do more work than any other doctors in the country and we are saying on this basis, the template of our remuneration should be that of the doctors in Federal Government hospitals,” he stated.

“We have been on this issue for two years now. The amount they need to pay this our new salary monthly is less than N10 million. If government allows us to embark on total strike by the end of this month, we will not call of the strike until they pay the full money,” he warned.