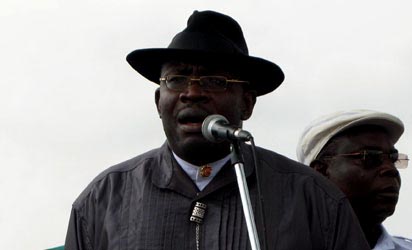 Former governor of Bayelsa state, Chief Timipre Sylva on Friday lost his bid to unseat the recently elected Governor Seriake Dickson as the Supreme Court held that the Peoples Democratic Party, PDP, has the power to decide which of the primary elections it conducted in the state is acceptable to it to determine of who flies the party’s flag.

Sylva, who was disqualified and frustrated out of the last PDP primary election conducted in Bayelsa state ahead of the last governorship election where Seriake Dickson emerged winner, had gone to court to compel the party to validate an earlier primary election conducted in January 2011 where he emerged winner to enable him pursue his second term ambition.

In the judgment delivered by Justice John Fabiyi, the apex court noted that the issue of who flies a political party’s flag in an election is within the exclusive preserve of the party where the court cannot interfere.

PDP represented by Mr. Tayo Oyetibo, a senior advocate of Nigeria, had objected to the interference of the court in what it considers to be basically an internal affairs of the party.

According to the senior lawyer, the central question which the court should consider in the determination of the embattled former governor’s case is whether the court can interfere in a pre-primary election affairs of a political party. He went ahead to answer that question in the negative.

“Primary election was conducted in Bayelsa state by the PDP in January 2011 but the former governor in court documents he filed in furtherance to his case admitted that both he and the party had abandoned that primary and complained that the party disqualified him from participating in the primary election of 19 November, 2011. It is clear that the controversy relates to the later primary election of the party where the former governor was disqualified from participating after paying the prescribed fee of N5.5 million, which is an internal affair of the party.”

Oyetibo, while arguing the party’s case, submitted that the party had not reached the issue of nomination of a candidate for the election before the former governor rushed to court and insisted that the issue of who to allow and who not to be allowed to participate in a political party’s primary election is entirely within the exclusive preserve of the party.

The apex court acquiesced with the position of the party and declined jurisdiction to interfere into the party’s internal affairs.

The court further held that the 2011 primaries conducted by PDP had become irrelevant since no election was held in 2011.

In the lead judgment written by Bode Rhodes-Vivour, the court held that the Federal High Court which summoned PDP to come and show cause why the primary that produced Seriake Dickson should not be stopped had no jurisdiction to hear the suit.

The Supreme Court consequently struck out that suit, saying that even the apex court did not have the jurisdiction to hear the case.