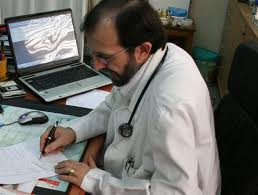 A Spanish doctor kidnapped in the south-eastern Nigerian city of Enugu on April 4 has been freed and is in good health, his country’s foreign ministry said on Saturday.

Jose Manuel Machimbarrena Corcuera “was freed on Friday,” a spokesman told AFP, adding: “He is tired but in good health.” The spokesman said he did not have any details of the circumstances in which the hostage was freed.

He said the man had been seized for ransom, citing Spanish Foreign Minister Jose Manuel Garcia-Margallo, who had said the “organisation that he belongs to wants the utmost discretion.”

Scores of kidnappings for ransom have occurred in southern Nigeria, particularly in the oil-producing Niger Delta region, by armed gangs seeking cash. Most victims have been released unharmed following ransom payments.

An insurgency by Islamist group Boko Haram, which is concentrated mainly in northern Nigeria, has left more than 1,000 people dead since mid-2009.

Authorities blamed the recent deaths of a British and an Italian hostage in Nigeria’s north on a faction of Boko Haram. A German engineer was also kidnapped on the outskirts of the northern city of Kano in January.

The group has not been known to operate in the south of Nigeria, Africa’s most populous nation and largest oil producer.