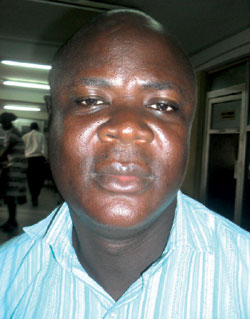 Elubode Bukola a.k.a Batola will on Sunday stage a three-in-one celebration.

The event scheduled for Lagos Airport Hotel, Ikeja, will include the launching of an album and musical instruments and celebration of the artiste’s 20 years on stage.

Batola told P.M.Entertainment that despite his 20 years in the music industry, he will be releasing his first album titled: Elevation which is a four tracker.

Elubode said top music stars like Wale Thompson , St Janet, Gbenga Falope and Yinka Best have agreed to be part of the celebration,which will be chaired by the Chairman of Ifako-Ijaiye Local Government, Toba Okewho will be supported by Engineer R.O.Ipaye and others.