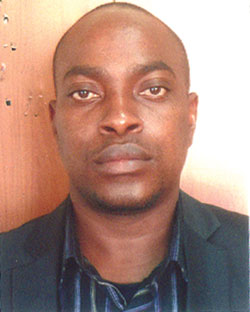 He was arraigned before an Igbosere Magistrate’s Court on a 1-count charge of felony to wit, stealing.

The police prosecutor alleged that the accused was arrested following complaint by his business partner Chiamaka Nnorom that she took a loan of N32.6 million from FCMB Plc to execute a contract she secured from a telecommunication firm on behalf of Bounty Energy Ltd owned by Odemero Uwanogho which was being managed by her to make profit and also moved the company to greater heights.

But the accused, she stated, being the managing director of the company, fraudulently withdrew N26 million from the account without her consent.

He converted it to his personal use without using the money for the purpose it was meant.

In the process, the contract was stalled.

She further stated that when she confronted him over the illegal withdrawal, he allegedly told her that as the MD of the company, he has the right to withdraw money from his account. But when asked if the money belongs to the company or if he is a signatory to the loan, he could not give any satisfactory answer.

The offence, said the prosecutor, Sergeant Philip Osijale, who stood in for Inspector Marcus Okon, contravened Section 275 of the Criminal Laws of Lagos State, 2011.

The accused pleaded not guilty to the charge when it was read to him in the open court and the presiding Chief Magistrate, Mrs. M. O. A. Ogunsanya, granted him bail in the sum of N2 million with two sureties in like sum who must show proof of tax payment to the Lagos State government and must have National Identity card.

She adjourned the matter till 28 May for mention.

The accused was moved to Ikoyi Prison when he could not perfect his bail conditions in good time.