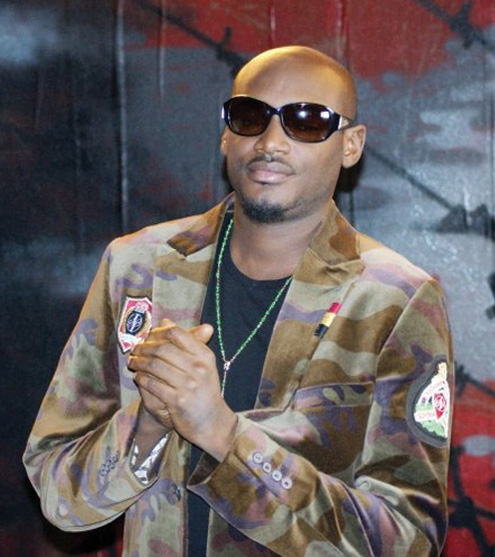 Monday 30 April, was a promise kept as members of the old Plantashaun Bois —Blackface, Faze and 2Face— and other stars thrilled Lagosians at the Expo Hall of Eko Hotel & Suites, Victoria Island, Lagos.

The old friends thrilled thousands of guests that attended 2Face Idibia’s Buckwyld and Breathless concert as they did some of their defunct group’s hit songs.

Though the concert started about three hours behind schedule, the boys made up for it by their performance that got many guests singing along, given verve to a night dedicated to the official launch of the artiste’s new album, Away and Beyond.

The host, 2Face, mounted the stage at exactly 10:30pm and for the next four hours, he didn’t stop until the show ended at exactly 2a.m. The multiple award-winning singer, backed by a live band with well-choreographed dance steps by the famed dance group, DNTMT, gave the audience their money’s worth as he displayed his dexterity as a vocalist as he reeled out hit songs from his previous four albums. He also performed songs from his new album Away & Beyond.

Fast rising rapper Vector, opened the floodgate when he performed a duet with 2Face in the song Down Down. This was followed by rap star M.I’s When Nobody Talk About You. During the performance, M.I described 2Face as the ‘Legend of our time’ who opened the door for many other African artistes to explore the global music scene.

The high point of the night was when singer Dencia performed a raunchy dance session with 2Face, though only their silhouette could be seen by the audience.

The singer also used the concert to once again pledge his love to his fiancée, Anne Macaulay, during the performance of Africa Queen. The audience including 2Face’s mother, Mrs Macaulay, Anne’s mom and Senator Florence Ita-Giwa, gave the couple a standing ovation.

The show was supported by Airtel.