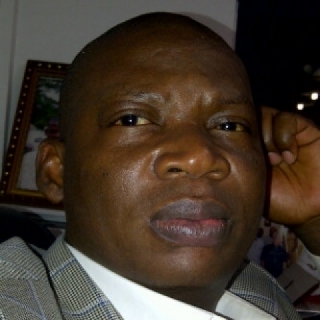 P.M.NEWS gathered that the gunmen invaded the private residence of Oyerinde at 62, 2nd Ugbor Road, GRA, Benin City, Western Nigeria, and murdered him in the early hours of today.

The incident happened barely a week after the convoy of the governor was involved in a ghastly motor accident along Warrake/Auchi Road, Etsako West Local Government Area, in which three journalists were killed.

The state government alleged that opposition party PDP must have had a foreknowledge of the accident.

A source said Olaitan, after closing from work Thursday evening, decided to hang out with some friends and that one of them later dropped him at home.

The source said four gunmen later scaled the fence of his three-bedroom bungalow, made straight for the younger brother’s room and demanded that he take them to the room of Olaitan.

Confirming the killing, Olaitan’s brother who did not give his name, said the armed gunmen also went to the room of Olaitan’s wife demanding to know the whereabouts of her husband.

The wife later took them to the sitting room where the late Olaitan was sleeping.

It was gathered that the gunmen, after confirming the identity of the victim from the wife, one of them said “yes, this is the person we are looking for,” and they shot him three times on the head, chest and on the stomach and left the compound immediately.

The wife, according to our source, called one of his friends who thereafter reported to the police that gunmen had attacked the governor’s Private Secretary.

The security man at the gate who identified himself as Ali Alhaji said four armed men entered the compound through the fence and tied him down.

He said three of them went in search of the deceased while the last one watched over him. He confirmed hearing the sound of gun shots.

When contacted for comment, Edo PDP State Publicity Secretary, Matthew Urhoghide who said he learnt of the death of Oshiomhole’s aide on the TV said: “You know these people now. The condolence message we sent the other day was misconstrued, so I don’t want to talk about it.”

As at press time, the state government’s official statement was still being awaited, but the Edo Police Command PRO, Etim Bassey, who confirmed the murder of Olaitan on phone, said the Police Command will address the press later.

Meanwhile, the police, State Security Service, SSS, and other security agencies have been called upon to fish out the killers of Olaitan.

The call was made by a group called Centre for Ethics, Democracy and Development, CEDAD.

CEDAD described the late Olaitan as a committed labour activist, human rights crusader and a pro-democracy activist who struggled for the restoration of democratic governance in Nigeria.

“The news of the killing of Comrade Olaitan came as a shock to all of us at the Centre. He was very committed to humanity, a labour activist that gave his best in the struggle for democracy in our country, Nigeria.

“It is on this note that we urge the police and other security agencies to ensure that the murder of Olaitan is not added to the legion of unsolved murders in the country,” CEDAD said in a statement signed by Gbenga Soloki.

The group also commiserated with Oshiomhole and his immediate family on the tragic loss.

Olaitan who was born in Ilorin, attended the University of Lagos and holds BA in Mass Communication.

He was a trade unionist. He started his trade union career with the Iron and Steel Senior Staff Association of Nigeria.

He was also the Chairman of Lagos State branch of the Campaign for Democracy, CD.

In 2001, he joined the Nigerian Labour Congress, NLC and was the Deputy General Secretary before taking a leave of absence to work with Governor Oshiomhole.