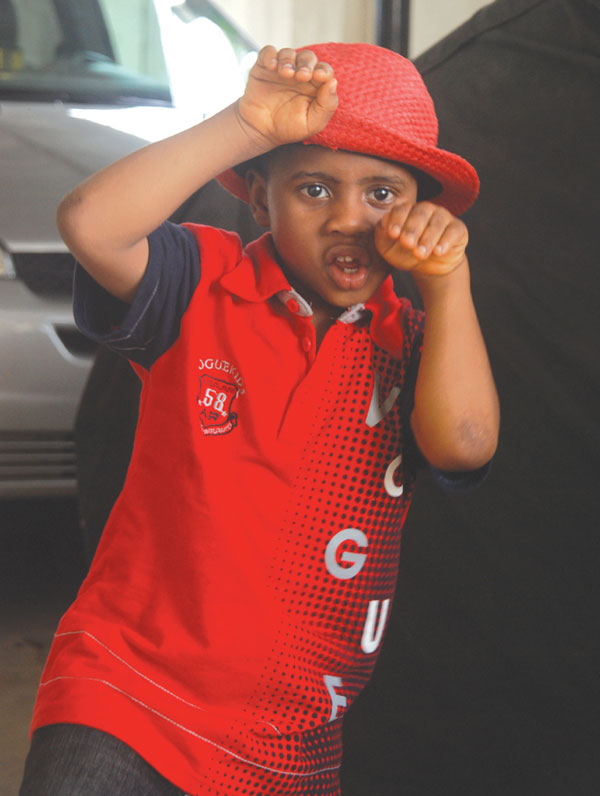 Master Oziomachuckwu Favour Mojekwu a.k.a OzzyBosCo WonderKid”, has said that he is a superstar to the entire world.

The five-year-old multi-talented artiste who held the audience spell bound during his recent performance at a charity event organised by the Little Saints Orphanage tagged “Joynight”, told P.M.Entertainment that he is set to rule the music world like Michael Jackson.

Bosco mesmerized the entire gathering of top celebrities, government dignitaries, captains of industries, children and a host of others.

His performance was so remarkable that the question kept popping up: “Has another Michael Jackson emerged from Africa to take the entertainment world by storm?” It is worthy of note that the American legend was discovered at age five while our own superkid started making waves at the age of four.

He performed alongside popular artistes like Chidinma, Lamboginny and others. Not left out was his seven-year-old brother, Tobechukwu, stage name, “SupaTee”, who also dazzled the audience with his choreographic display and creative dance style of PSquare song.

The highlight of the evening came when OzzyBosCo made his financial donation towards the upkeep of the orphanage. Overwhelmed Rev.(Mrs) Dele George,the founder of Strong Tower Mission, received the donation on behalf of Little Saints Orphanage. She expressed joy and appreciation for the gesture of the baby Artiste.

Since OzzyBosco won “Best Entertainer Trophy” Season 7, Kids GotTalent Competition at Muson Centre, Lagos, in November 2011, the career of the kid entertainer has been on the rise.

The artiste, singer, dancer and actor has continued to contribute to the fast growing music industry. His humanitarian activities have put smiles on the faces of the less fortunate children in various institutions. His Christmas visit to St Monica’s Orphanage, Iju, Lagos State, was not only spectacular but left an indelible mark on the minds of the resident children, the reverend sisters and all others present at the occasion.

The new kid on the block is not resting on his oars as his new single Superstar would soon be released, with Nigeria’s best producers, Yemi Sax (song producer), DJ Tee (video director) and featuring a great artiste, Lamboginny, on board.