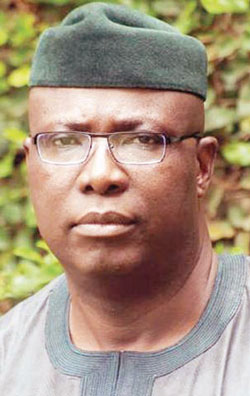 Ojudu, who described Oyerinde’s assassination as one too many in a statement he issued Friday, said: “I am saddened, horrified and alarmed by the news of the brutal killing of Mr. Olaitan Oyerinde, the Principal Private Secretary to the Edo State Governor this morning.

“This killing, like many others, is unacceptable but unlike many others must not be allowed to pass without the culprit being apprehended. It is worrisome and condemnable.

“I call on the Security Agencies to act beyond its usual shallow bragging to arrest the killer(s), by ensuring that the perpetrators of this dastardly act are bought to book in the not too distant future.

“For me the assassination of Olaitan is a personal loss. He was my comrade and a Nigerian fully dedicated to the cause of humanity. Eloquent, intelligent, hard-working and reliable, he chose a cause for himself very early in life and that was fighting for the deprived and the underprivileged in our society. In this, he never wavered until he was mowed down by hired goons. Be rest assured comrade Olaitan that you have not died in vain.”

Oyerinde was murdered in the early hours of Friday by unidentified gunmen who scaled the fence at his official GRA Benin residence.

His death comes barely a week after three journalists in the governor’s convoy were killed by a tipper lorry that rammed into their vehicle.

Governor Oshiomhole who narrowly escaped death in the incident last Saturday, said it was not ordinary and blamed the opposition for possibly masterminding it.