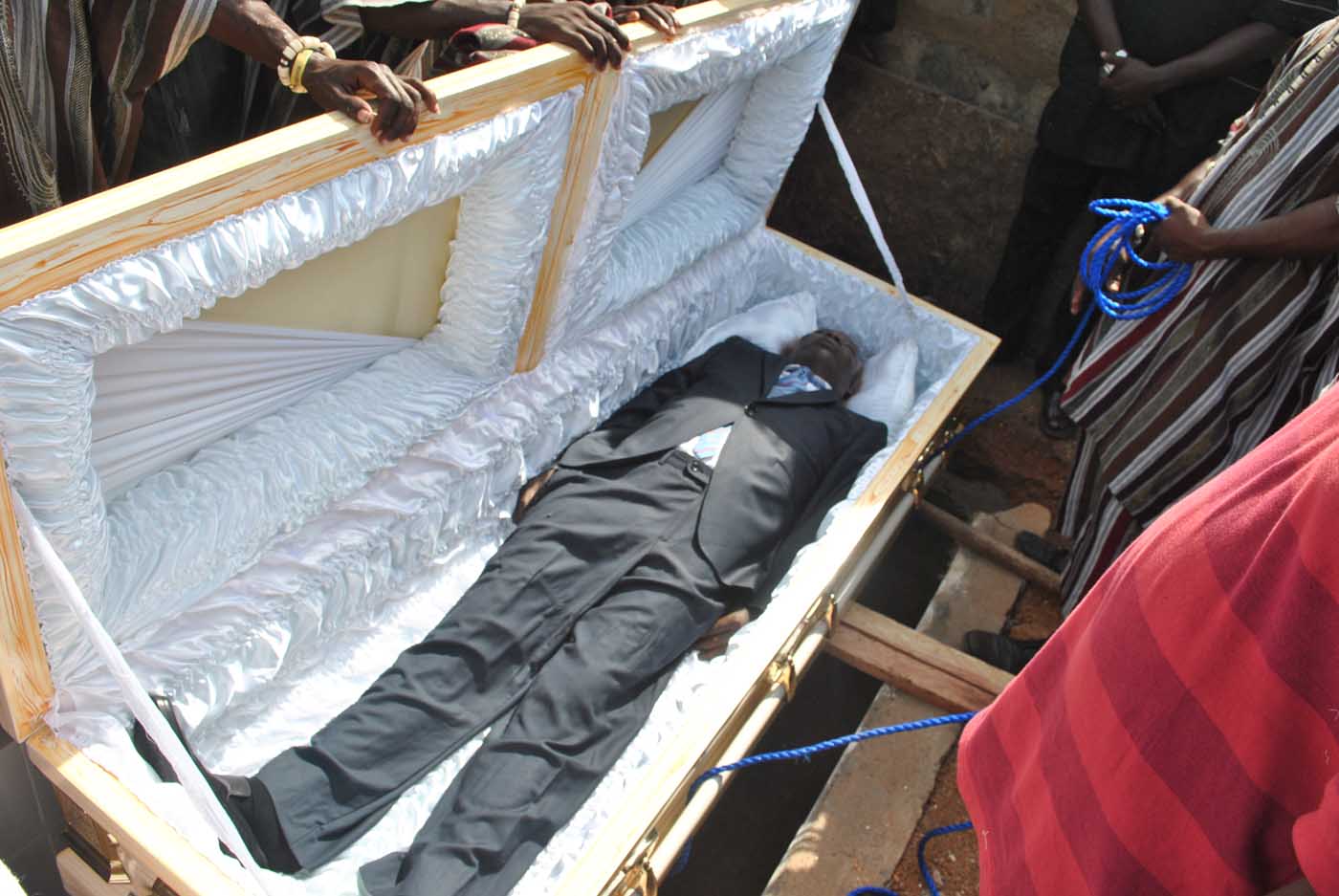 The remains of Olaitan Oyerinde, the Personal Secretary to Governor Adams Oshiomole of Edo State, was laid to rest on Thursday in Ede, Osun, amidst tears and eulogies.

Oyerinde was murdered by yet to be identified gunmen on 4 May in Benin, the Edo capital.

Speaking at the funeral service, Oshiomhole said the killing of Oyerinde, who he described as his son, would not deter him from his struggle to provide good governance. He charged friends and activists across the country to be resolute in their commitment to rebuilding the nation, asserting that the struggle could not be extinguished by assassins.

The governor accused those he described as enemies of progress as being responsible for the killing, adding that Oyerinde would forever be remembered for his contribution to the development of Edo. He pledged that the Edo Government would take responsibility for catering for the welfare of the deceased’s family in addition to sponsoring his four children up to university level.

Also speaking, Governor Rauf Aregbesola, who was represented by the Head of Service, Segun Akinwusi, described Oyerinde as a very loyal, hardworking and patriotic Nigerian. Aregbesola called on youths to emulate the good deeds of Oyerinde by contributing their quota to the development of the country, adding that the deceased would be greatly missed.

Falana, who called on Nigerians not to leave security matters in the hands of the police alone, urged government to unmask those behind cases of assassination in the country.

In his sermon, Pastor Isaac Fadare called on the wife of the deceased, children and family members to take solace in God, adding that no sinner would go unpunished. Fadare also appealed to the Federal Government to take drastic measures to ensure adequate security for citizens.

Oyerinde, 44, a native of Ede in the State of Osun, was survived by his wife, Funke, four children and aged parents