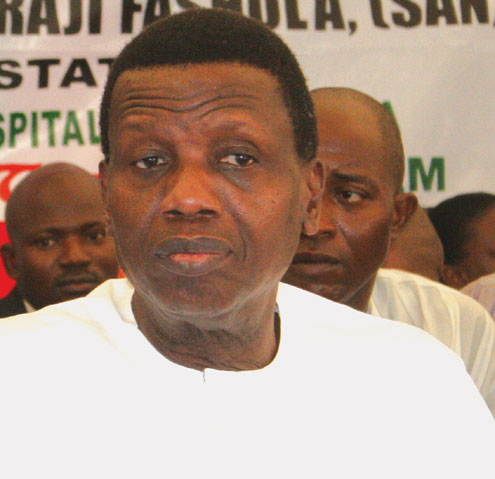 It was alleged that about 20 pastors from the branches of the Church in Europe met with the revered man of God in his International office at Redemption Camp, KM 46, Lagos/Ibadan Expressway, Mowe, Ogun State, to advise him to resign so that a younger pastor could be appointed to head the church.

The reason given by these ambitious men of God was that since Pastor Adeboye has clocked 70 years, it is normal for him, according to what obtains in the church, to retire.

The pastors cited the case of the four Assistant General Overseers of the church, Pastors M.O. Ojo, Ilori, Aderibigbe and D. Ojo, whose retirements were announced at the conclusion of Minister Conference on Sunday, August 8, 2010.

Investigation by P.M.NEWS, however, revealed that Pastor Adeboye could not retire from the position of the General Overseer of the church yet, as the position is not political.

A leading member of the church who spoke with P.M.NEWS this morning said it is God who will nominate the successor to the office when the time comes.

Our source, who did not want his name mentioned, said further, “the founder of the church, Pa Josiah Oluwafemi Akindayomi, did not appoint a successor because he was 70, rather, the successor, Pastor Adejare Adeboye was appointed when the time came for him, the founder, to go and meet with the Lord.’

A pastor of the church (name withheld) wondered how some people could be thinking that way, “when all of us are seriously praying to God to grant our father (Pastor Adeboye) long life, good health and strength to continue the good work he’s doing for the Lord.”

He further said the position of the General Overseer of the Church is not for the highest bidder or the most erudite pastor; rather, it is God who will appoint the most qualified pastor when it is time.

Pastor Adeboye had told his faithful in one of the services not too long ago that his successor is still in drinking joint, that is, the fellow is yet to give his life to Christ or he is still a baby Christian.