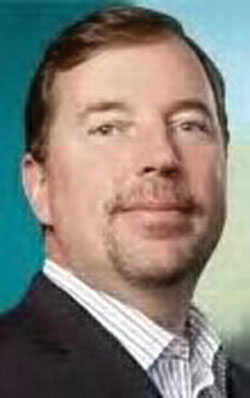 Originally called Du quartier aux étoiles (From the Suburbs to the Stars), the French title of Louis Saha’s autobiography sums his trajectory up well – with one important omission. It leaves out the incessant injury setbacks and comebacks in between, and the hunger that has kept the striker going, kept him believing. That same hunger informed his choice when he joined Tottenham Hotspur from Everton on a six-month contract in the winter, his mission being to help Spurs force their way back into the UEFA Champions League. After promising spells plagued by injury at Newcastle United, Fulham and Manchester United, Saha travelled south to the capital eager for a new challenge.

Four months on from his Spurs switch and the 33-year-old Parisian is still looking to the future with hope and enthusiasm. He even earned a return to the France side for the friendly against Germany in February, though he will not be making the trip to UEFA EURO 2012 next month. “To be part of the adventure and try to come back with a huge title would be an honour,” he told FIFA.com, two days before Laurent Blanc left him out of a provisional squad list for the tournament of players based abroad. The news will have come as a blow, but Saha will bounce back as he always has. Overall, he is happy and confident, as FIFA.com discovered from him during this interview.

It can often be a difficult situation for a footballer when the end of a contract approaches. Are you yourself concerned?

Not at all. I knew the situation when I signed. It’s not a problem for me, and I’m happy with my life at the moment. The important thing is to give everything for six months so that I can then sit down calmly and think about my future. I have several possible options, and I’m confident about my chances of signing a new contract and continuing my career at the highest level. My desire to achieve things and win is still there, whatever struggles I’ve been through and whatever my age. I love competition and that’s not about to change.

A few days after signing for Spurs, you scored a double against Newcastle. It was almost symbolic of your career so far: you have always been able to bounce back and impress when people least expected it. Is there a secret to your mental strength?

I’m competitive by nature. So, when a challenge presents itself – either in life or on the pitch – I give the best of myself to overcome it. I’ve had several injuries but I’ve never doubted my ability to come back. I’ve worked hard and I believe in myself, which is important.

Have you found what you were to expecting at Tottenham?

I joined a club which, over the last two years, has won the respect of all the other big clubs in the Premier League. Tottenham have enjoyed a rapid rise and rubbed shoulders with the best in the Champions League, which is no more than they deserve. For me, being part of that process of increased recognition and getting another taste of the highest level in England is immensely satisfying.

Turning to the France team, what were your thoughts on the side you joined up with in February, a year and a half on from your previous cap in September 2010?

Against Belarus, the national team had just come back from the World Cup and was right in the middle of a rebuilding phase. Everything had to be put back in place and the squad didn’t have the confidence it has now. The get-together before the Germany game in February only lasted three days, but, despite it being such a short period of time, I can tell you that I found the team to be calm, confident and brimming with quality. We then showed all of that on the pitch against one of the best teams in the world. Against Brazil and England, Les Bleus showed they have the potential to shine at the EURO and a chance to do something. We’ve got what it takes.

Do you get the feeling that the standard has rarely been so high in Europe and that this EURO will be especially competitive?

There were three European teams in the semi-finals of the 2010 World Cup, so yes, that proves the quality of the sides on the continent. This tournament will be very, very tight. Every EURO is difficult to begin with, and I’m well placed to comment. We had a really great team in 2004 and went out to Greece in the quarter-finals. Football isn’t an exact science and I really think that every team in the tournament has a chance. France can believe they can do it – I think they can, anyway.

Your autobiography, translated in English as Thinking Inside the Box, has had good reviews since it came out. Have you enjoyed promoting it as much as you enjoyed writing it?

It’s true that I got a huge amount of pleasure from writing the book, and it’s a fantastic feeling to see, read or hear so much positive feedback. The reviews in the press have been good, such as the one in the Sunday Times, for example, and that’s a source of pride as much as it is an honour. Even people who know me have learnt different things, and those who don’t know me have discovered a person and not just a football player. Promoting it has sometimes been difficult, what with the travelling and various requests, but that all helps earn more money for charity and humanitarian organisations that deserve it. That was another goal of the book, in addition to providing a new perspective on football and my life.

What messages did you want to communicate with the book?

I speak about a lot of subjects, and I hope the reader is able to burrow into the world of football and come away with a different idea of it than the one peddled by the media. I wanted to provide another point of view that will maybe allow the public to have a different opinion. It was also of prime importance for me to address the book to youngsters and help them. Football has changed; it wasn’t the same ten or 15 years ago and with this book I want to give them the tools to make their dreams come true.

Writing the book must have caused you to reflect on your career. What conclusions did you come to?

I’m 33 years old but I’m still a child. Like I said, I wrote the book to help kids keep their innocence. I love football for what it is; I love the game. Obviously, the money has been a great opportunity on top of that to allow me to do what I love the most. But it hasn’t changed me; I’m still the same man. That’s what I try to make people understand with the book. I’m competitive and I’ll always be that way. I love doing things, not watching them as a spectator. And that will always be the case – it’ll never leave me.