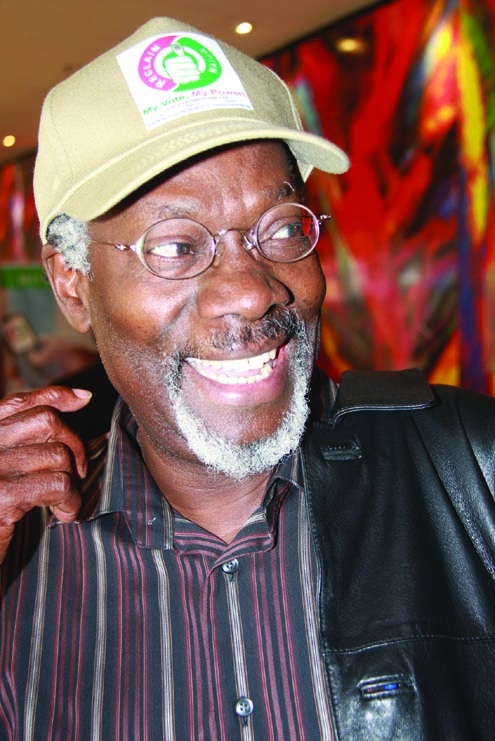 African men and women who take political power and do something with it to make a difference have always interested me.
I spent two weeks in Burkina Faso six months before Captain Sankara was ‘couped’ by his ‘brother’ Captain Campaore, now president of that country.
The story Thomas Sankara told me stood with him forever as inspiration I still have to write and publish.

A few years later I got to know Captain Kodjo Tsikata and the group around Fl-Lt. Rawlings and I began a contemporary story of Ghana under these young men and women who would change Ghana forever. Unfortunately, nothing came out of that effort.

From the Cairo of the last years of Gamal Abdel Nasser to the Panama of Omar Trujillo, I marvelled at men who changed their world through political power. But always I would come back to Nigeria, no matter where I was.

In February 2011 I came back to Akure my home town to give a public lecture at the invitation of the Ondo State Government on the options open to a Nigerian politician between working at the state level or working at the national level. Using the careers of Dr. Nnamdi Azikiwe, Alhaji Ahmadu Bello and Chief Obafemi Awolowo, I insisted on the state level as the place to be in spite of the problems that Awolowo had with the issues of power supply in the old Western Region.

I was not unaware of the issues of security which the state governments encounter in their interactions with the federal government. After that lecture I was exposed to what the government of Ondo State was doing through trips to various projects and proposed constructions. I was impressed enough to want to see more, especially those projects outside of the capital of the state.

I grew up in Akure between the old Ipalefa (Bourdillon Road) where my paternal grandfather’s house was at number 45 and my maternal grandfather’s house at Ereketa at Arakale Road. The first pages of The Combat (1971, 2005) describe the Ipalefa in which I grew up. Imagine then my worry driving to Arakale and missing the road that takes me to Osukoti Compound off Arakale Road because the street traders had blocked everywhere! We had to back-pedal, get out of the cars and then walk to search for the entrance to the opening to the compound that was part of my childhood.

When next I came back to Akure, I had some time with Dr. Olusegun Mimiko and asked him what he would think of my writing his political biography. He was non-committal only saying that he would think of it. When next I came back to Akure he asked his younger brother Dr. Abbass Mimiko to show me what he wrote on the struggle through the courts in pursuit of the mandate stolen from him.

It is a four hundred pages plus pulsating narration of every shift and turn of that incredible story. One of the things I learnt later was to understand that there are electoral laws and that rigging elections is breaking electoral laws and that there are courts set up to deal with such crimes. I would wonder then why Chief Obafemi Awolowo gave up contesting the rigging of the elections of 1983 and why Dr. Nnamdi Azikiwe would be satisfied with simply cursing those who rigged the elections! Could one then conclude that most Nigerians would go along with these two elder statesmen and give up contesting rigged elections in courts?

I devoured the pages of the narration twice and then concluded that if I ever wrote the political biography, the court process would be the heart of my book. This was to be totally wrong-headed. After my reading of this massive write up, Dr. Segun Mimiko agreed that I should go ahead and write the book.

The title, I will work for you, comes from his first speech as Governor of Ondo State. It is a speech that resonates with his being, upbringing and determination. “I pledge before you again today that I will provide appropriate leadership. Your struggle will be my struggle, your joy will be my joy, and your aspirations will be my aspirations. I will strive at all times to take decisions that will benefit the greatest number of our people. We will step on toes if we have to, but in all seasons, I will work for you.”

The re-branding of the state under Dr. Segun Mimiko has emphasised Yoruba concepts of work, poverty eradication and development challenges. As a pointer from these re-brandings I decided that whatever I wrote would be translated into Yoruba and published at the same time as the English language original. I WILL WORK FOR YOU will appear the same day in English and Yoruba.

It is to that extent that the translation of the English title into Yoruba has become a challenge.
Over a period of some six months, I travelled with a group of television camera men and still photography specialists interviewing members of the families of Dr. Segun Mimiko as well as everybody and anybody who had been in touch with him in the course of his life. The portrait that emerges is of a man who was focused, determined and diligent. It is the portrait of a general who would rather billet with his soldiers than be secluded in the officers’ mess.

It is the portrait of a man who had to convince his father that he had no intention of going into politics to be like the present crop of politicians. This is because when Dr. Segun Mimiko went to his father to say that he was leaving his medical practice and going into politics, his father would not hear of such a decision. The father, who had charmed his children and their friends with stories of the Soviet Union, of fascist Italy and Nazi Germany and regaled them with the achievements of Chief Obafemi Awolowo and what became of his ambitions to do at the national level what he had done at the regional level, was not sure that his oldest son could do better than Awolowo. Over a short period, with the aid of his siblings and friends, Pa Atiku Mimiko was convinced and he gave his blessings for Dr. Segun Mimiko to go into politics.

As the manuscript progressed, the court case became less and less the most crucial part of my work. This is because, it became clear that the whole political intervention of Dr. Segun Mimiko started long before the court cases came up. It went back to 1982 and after and included involvement with intellectual groups, activist groups and political groups. I had to talk to relatives, siblings, parent, companions and wife. What comes through is someone who was sure that political office is the only way to make an effective intervention in the fight to eradicate poverty, disease, ignorance and to uplift the quality of the lives of the people. His medical practice was a charity organisation. Yet, he concluded, he could do more for more people if he was in a political position to use public funds for the benefit of more of the people.

On the over nine miles of dual carriage road from Fiwasaye Girls Grammar School to the Ilesha road junction, of an evening, you would look down the longest street in Akure lit brightly. Somewhere before the Fiwasaye end of the road, by the First Bank you would encounter a furious fountain around which people are gathered and enjoying their evening. With cell phones some lovers holding hands try to record their presence while professional photographers record forever the visit of country fellows coming to the new Akure for the first time. In a side establishment dispensing refreshments, men and women sit down and drink their refreshments while watching the display of water and light in front of them. It is quite appropriate to wonder if this is Akure or some international capital seen only in films!

Travelling through the state, from Akoko through Akure on to Okitipupa and the waterside, fundamental infrastructural changes are taking place in Ondo State. Yet, commendable as these are and they must be commended, Dr. Segun Mimiko’s achievement is in the rank of low lying fruits easy to pluck, crucial catch up growth that must be followed with the period of creative and inventive intervention in human existence when we too would not be just consumers but contributors to what the world consumes. That is what Dr. Segun Mimiko’s achievement is about: a lead to the creative and inventive intervention in human existence.

•Prof. Kole Omotoso, author of Just Before Dawn, has just completed a biography of Dr. Olusegun Mimiko entitled I Will Work For You