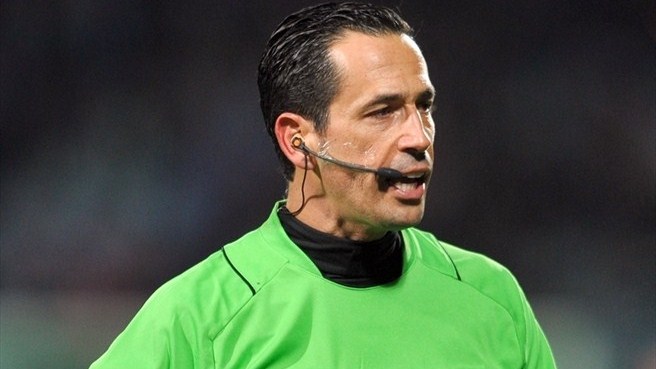 Proença, a financial director from Pinhal Novo, will be assisted by countrymen Bertino Miranda and Ricardo Santos. The fourth official will be Carlos Velasco Carballo from Spain. The two additional assistant referees are Jorge Sousa and Duarte Gomes, while reserve assistant referee – Tiago Trigo – completes the lineup of the officiating team.

The 41-year-old Proença, who made his international debut in 2003, has officiated more than 65 UEFA matches in a refereeing career that has been on the rise ever since he took charge of UEFA European Under-19 Championship final in 2004.

He refereed the 2007 and 2010 Portuguese Cup finals and also ran the rule over two FC Porto successes in the domestic Super Cup in August 2003 and 2006. The Portuguese took charge of two UEFA EURO 2008 qualifiers and was at the 2009 UEFA European U21 Championship, overseeing three games as a referee and acting as fourth official in Germany’s 4-0 final defeat of England.

Promoted to UEFA’s Elite category at the start of 2009/10, he oversaw four games in that season’s UEFA Champions League group stage and five in the 2010/11 competition, including Manchester United FC’s defeat of FC Schalke 04 in the semi-final second leg.

Proença has handled five UEFA Champions League matches since the beginning of the current season, including, among others, the round of 16 second leg between FC Internazionale Milano and Olympique de Marseille, as well as two UEFA Europa League matches, including the first leg of the quarter-final between FC Schalke 04 and Athletic Club.