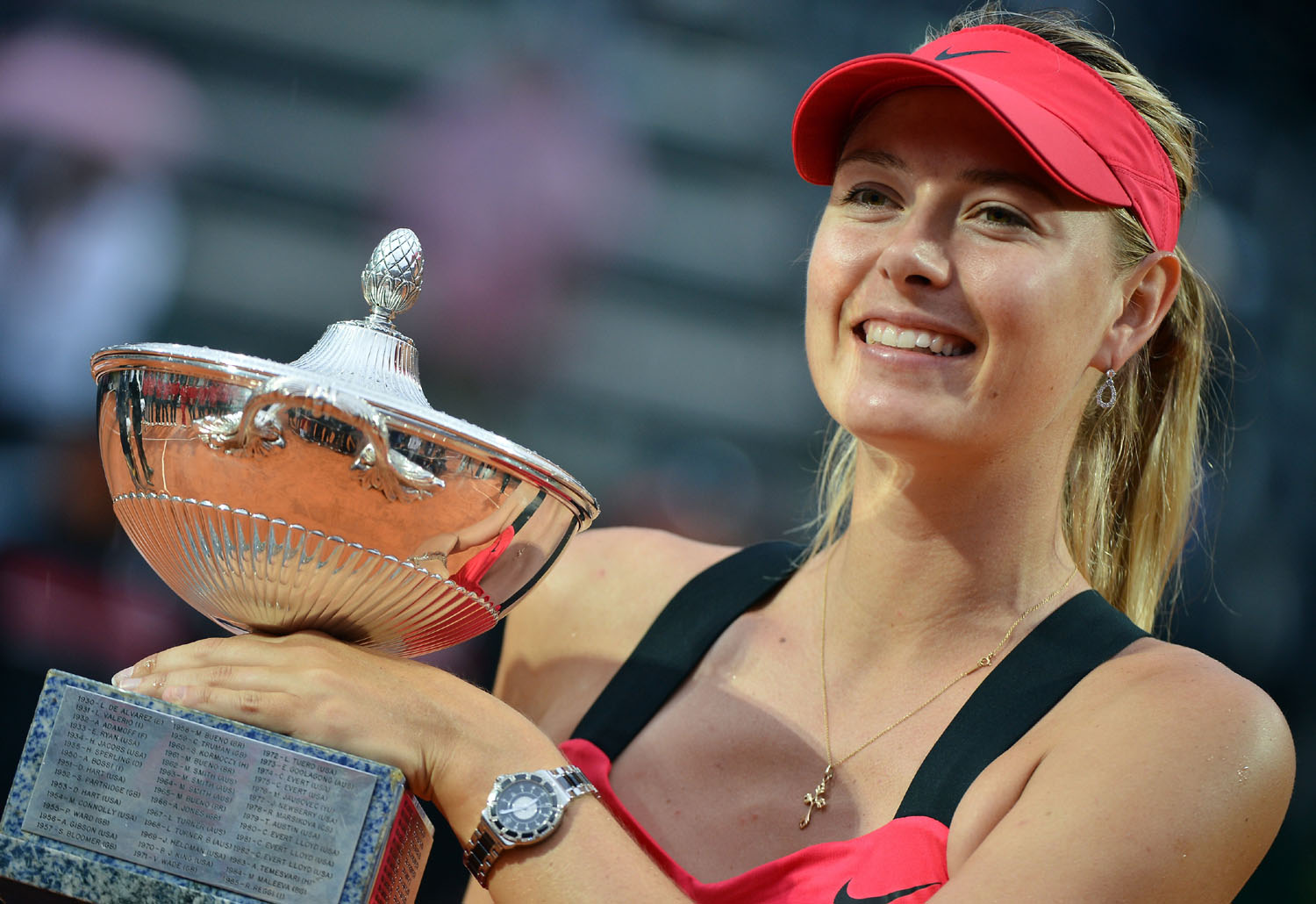 Sharapova, the defending champion probably played the best tennis of her career, rallying to snatch the second set from Li Na, when she had lost the first set 4-6 and was trailing Li Na 0-4 in the second set, with Li Na serving. Sharapova broke her serve and won the next five games to win the set and force a third set.

The third set went into a tie break, which was rain delayed for two and a half hours. When play resumed, Sharapova won the first three points and held her nerves to clinch the championship at 7-5.

It was the 26th trophy of her career.

Li Na had carried a slight advantage into the final, having been granted a walkover in the previous round by Serena Williams’ back injury.
Nonetheless, her returning abilities in the first half of the match proved far superior to Sharapova, who was broken four times.

Sharapova was struggling to come to terms with a rival who has caused her much bother in recent outings.
Having won their first five meetings, the Russian had since lost four of the most recent five heading into this weekend’s encounter.

The first set saw the two players exchange breaks as the score progressed to 4-4. However, the overall pattern of play largely saw Sharapova responding to Li Na’s direction, and it was a well deserved moment when Li Na broke again to take the set 6-4.

Sharapova was looking for a second title of the year after her earlier triumph at Stuttgart, but her first serve was repeatedly punished at the start of the second as Li Na raced to a 4-0 lead. Two breaks did the damage, with Sharapova winning one of seven points on first serve.

The match seemed over, but suddenly Li Na lost all self-control as she allowed Sharapova to break not once but twice to get the second set back on serve. Where Sharapova had struggled on first serve, Li Na’s problem was a complete loss of focus, and it cost her as the match was forced to a decider.

Riddled with unforced errors, Li Na’s composure had by now utterly dissipated, handing her rival another break at the start of the third set.

As her game totally unravelled Li Na conceded eight straight games to the champion, who broke again for 4-1.

Sharapova had two chances on serve to make that 5-1 but this time it was her nerve that went as Li Na rediscovered her form to level at 4-4.

An unlikely tiebreaker loomed as the scores progressed to 5-5 and 30-30, but then rain arrived to introduce even more drama to a quite erratic final.

Upon resumption both players held serve to force the breaker – with Sharapova saving match point, before another bout of rain delayed the start of the shootout.

Sharapova moved into a 3-0 lead in the tiebreak and, despite a brief wobble after that, managed to close out the victory.