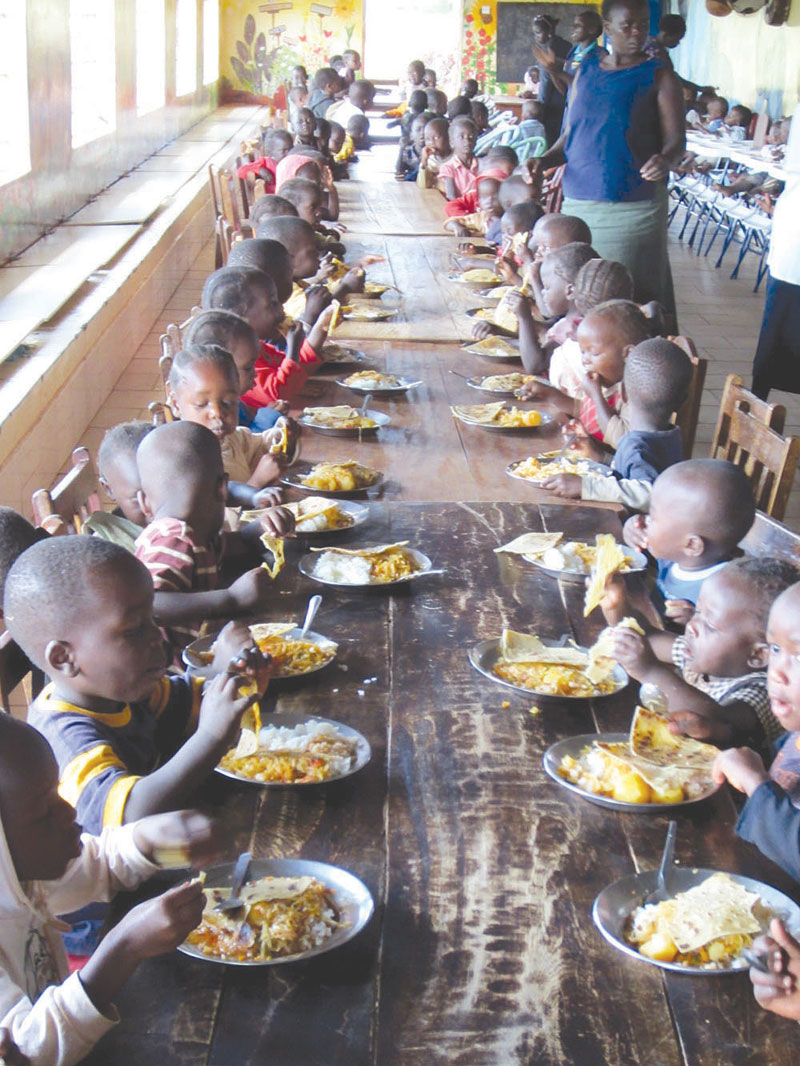 •Abandoned children in an orphanage having their meal.

At least, 497 abandoned babies have been rescued from various streets in Lagos State, southwest Nigeria, in the last one year by officials of the Lagos State Government.

Special Adviser to the Governor on Youth and Social Development, Dr. Dolapo Badru disclosed this Tuesday at a ministerial press conference in Lagos.

He said the babies were rescued after their mothers abandoned them as they did not want the children, adding that the babies were taken to various government homes and private orphanages.

With this large number of rescued babies, the rate at which mothers dumped their new born babies has increased in Lagos State.

On adoption and fostering service, Badru said “adoption is a process of establishing legal parentage of a child in need of permanent home in a loving environment. The child might have been abandoned, or an orphan in need of a permanent home.

“Suitable persons by legal means acquire parental claim over certain categories of children with/without blood relationship. It could either be local, international or relative adoption; while fostering is the placement of children in need of care or protection in the hands of fit persons by means of a fostering order,” he explained.

“Prospective adopters were screened in order to determine their suitability for adopting children while 82 children were released for adoption and 85 were legalized through juvenile courts. 308 letters of approval were granted,” he stated.

On its rescue operation across the state, Badru said the office evacuated beggars and destitute from all the five divisions of the State, which included Ikeja, Badagry, Ikorodu, Lagos and Epe as well as the central business districts, CBDs.

“In line with the state government’s policy of ridding the streets of Lagos of beggars and destitute, who constitute a social nuisance, towards the realization of Lagos as a Mega City, the office has consistently embarked on an aggressive raid of beggars, mentally challenged and destitute from the streets and over-head bridges of Lagos.

“The mode of getting these categories of persons into the centres is by referrals from members of the public and rescue operations carried out by the Office of Youth and Social Development. During the period under review, 2,022 beggars/destitute/mentally challenged were rescued and taken to the Rehabilitation and Training Centre, Majidun, Ikorodu, where the State Government has made provisions for facilities to help in turning the lives of the destitute/beggars around.”