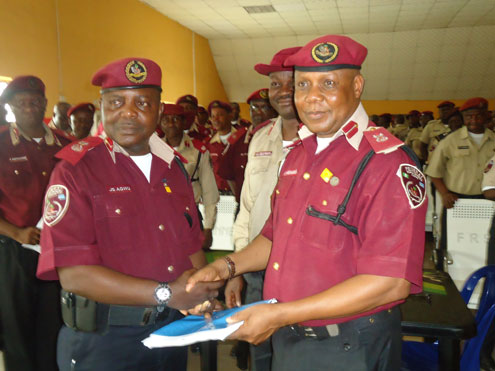 The World Health Organisation has admitted the Federal Road Safety Corps as a member of the United Nations Road Safety Collaboration (UNRSC).

According to a letter endorsed by the Director and the United Nations Road Safety Collaboration Chair, Dr. Etienne Krug, the FRSC admittance is a fallout of the 15th meeting of the UNRSC in Washington DC, United States of America on 16-17 April, 2012, in recognition of the Corps’ lead agency role in driving road safety ideals in Nigeria and within the African sub-region, which has added tremendous value towards achieving the goals of the decade of action on road safety.

The United Nations Road Safety Collaboration is an informal consultative mechanism whose members are committed to road safety efforts and in particular, to the implementation of the recommendations of the World report on road traffic injury prevention.

The goal of the UNRSC is to facilitate international co-operation and to strengthen global and regional co-ordination among United Nations agencies and other international partners to implement the United Nations General Assembly resolutions and the recommendations of the World report thereby supporting country programmes bordering on road safety. Members of the UNRSC are drawn from International Agencies, UN Regional Commissions, NGOs, Foundations and 14 Government Agencies from Australia, Sweden, Russia, Oman, Netherland, Mexico, United States of America, France with South Africa and Nigeria as only members from Africa.