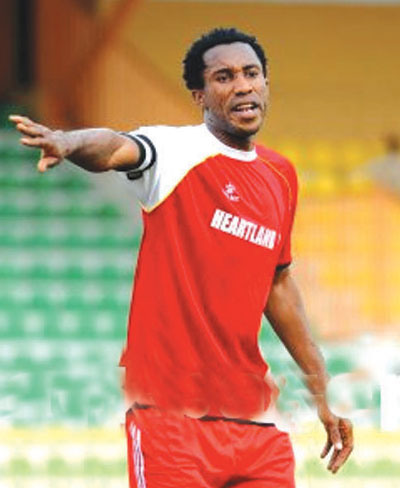 Heartland of Owerri’s skipper, Chinedu Efugh said that his Nazi Millionaires had a good fight to earn the three points against relegation-haunted Ocean Boys in the midweek game of the Nigeria Premier League, NPL.

It took them 74 minutes to break the deadlock when the team’s top scorer Kabiru Umar converted a penalty. He now has five goals to his name.

Efugh told MTNFootball.com that he was happy they beat a resolute Ocean Boys. “I was happy that we won the match. It was tough for us but we thank God that he gave us victory. Ocean Boys really gave us good fight but we subdued them,” he said.

Heartland moved five places to 8th on the log after their 1-0 success against Ocean Boys at the Dan Anyiam Stadium, Owerri.

The Naze Millionaires had Kabiru Umar to thank for the win as his well-taken penalty after 74 minutes gave the Owerri side maximum points and took their points tally for the season to 37.

Ocean Boys remain in the bottom two on 26 points, as they finished the game in Owerri with 10 men after they had a man sent off.

Kwara United were 1-0 winners over Sunshine Stars at the Ilorin Township Stadium.

Defender Seun Sogbeso scored the only goal of the game for Afonja Warriors in the 27th minute.