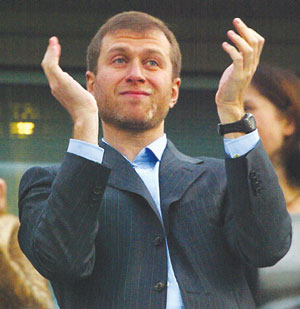 A Deloitte report into the finances of football club in the English premier League has revealed that the new European champions, Chelsea FC, were the big spenders on wages last season.

BBC reports that the proportion of income that Premier League clubs spend on wages hit a new high in the 2010-11 season with Chelsea having the highest wage bill at £191million.

The reports say clubs in England’s top football league paid some 70% of their income on salaries for the first time.

Manchester United, who won the league that year, spent 46% of revenue on pay, but Manchester City spent 114%.

The Deloitte report says that control of wages “continues to be football’s greatest commercial challenge”.

Total wages across the Premier League rose by £201million (14%), equivalent to more than 80% of the £241million increase in club revenues that season, to give a final salary bill of £1.6 billion.

The overall wages increase was driven by the clubs that finished in the top six positions in 2010-11, as well as Aston Villa. Between them they accounted for £145 million of the total increase in pay.

This was the lowest level since 2006, and largely due to significant debt reductions by Manchester United and Liverpool.

The Deloitte report also shows the huge growth in revenues since the Premier League was created two decades ago.

In the same season, the 92 Premier and Football League clubs’ combined revenues were £2.9billion, with average Premier League club revenues having risen to £114 million.

Supporters of Newcastle United average Premier League attendances were close to 35,000 in 2010-11

“There is little doubt that the league is a tremendous success in revenue terms,” said Deloitte.

However, the growth in revenues has been accompanied by rising costs, especially players’ wages.

“The Premier League’s key wages to revenue ration, which had stood at around 60% for most of the 2000s, has risen sharply in recent seasons to exceed 70% for the first time,” said the report’s author, Dan Jones.

“With broadcasting revenues likely to deliver limited growth in advance of the next Premier League deal commencing in 2013-14, the focus will be on the clubs themselves to grow revenue in areas directly under their control.”

Deloitte adds that “the overall environment remains challenging” despite some recent big commercial deals by Manchester City and Liverpool.

Outside of the top flight, Deloitte says that for many years the second tier of English football, the Championship, has struggled financially.

This is due to a combination of clubs adjusting to the impact of relegation from the Premier League, and others attempting to achieve promotion, often taking financial gambles to try and get to the top flight.

It means that the Championship has delivered six seasons of increasing losses.