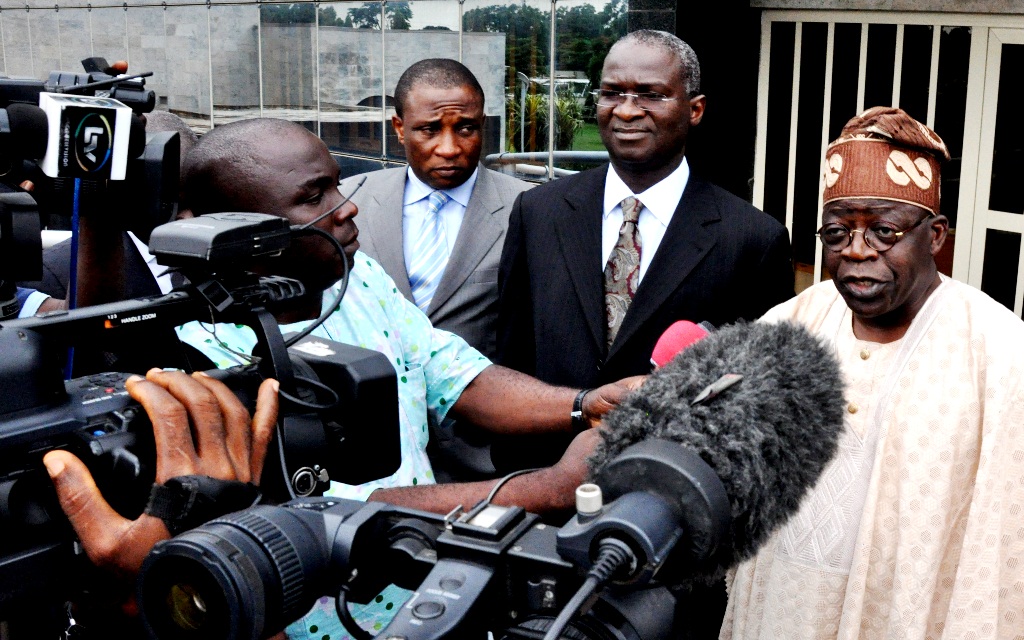 Governor Babatunde Fashola of Lagos State, southwest Nigeria, has broken the deadlock over the 788 sacked doctors in the state. He announced today that the doctors can have their jobs back, as their suspension and sack have been lifted.

Governor Fashola announced the good news following the intervention of the national leadership of the Action Congress of Nigeria, ACN, which mandated Asiwaju Bola Tinubu to meet with Fashola to find ways of resolving the lingering crisis.

Tinubu met with Fashola at the State House, Ikeja, this evening and briefed the press on the outcome of the meeting with the governor, while Fashola agreed to recall the sacked doctors to pave way for more dialogue on the crisis on ground.

According to Tinubu, “I have been meeting with the governor and the breaking news is the fact that I have brought the appeal of all the leadership of the party and well meaning Nigerians and other organisations who are committed to the welfare of our people for him to be more flexible, for him to really look at the issue of the doctors on strike critically and I can announce to you that he has agreed to suspend the question of the dismissal of those doctors.

“We must work hard and be committed to build our institutions, to develop our people, to prioritise the welfare of our people, because all along, I have not seen a problem where we don’t have resolution; he has agreed to suspend the dismissal and advise that they should go back to their work.”

Tinubu added that “to follow the procedure, get back to their jobs, I don’t see a point of no return here and since people are the cornerstone of the progressive policy of the state, I want to thank the governor for looking at it from the point of view of the people, the general public concerned and it’s now left for the doctors and I want to advise and appeal to them to immediately resume their work in earnest and forget this intractable position.

“We can solve all those problems; I don’t want to comment further until all parties respect this outcome. The governor all along has not been inflexible, it’s a question of the institution that we all have developed; he has repeated it several times, the hiring and firing of the doctors is in the hands of the Health Service Commission.

“I am very much aware of it and I have to understand him. I have reviewed with even the Honourable Commissioner concerned and I don’t see any area that is irresolvable.

“We are trying to build great healthcare system in the state and I don’t see why we can’t resolve it and he has agreed to be more flexible and be more accommodating and be the leader for all.”

Fashola said “the issues are disputes about institutions and nothing more and how we could work together to provide better healthcare. One could not hear those appeals and also the appeals of the ordinary people of the state and remain unmindful of all the responses to them.

“And it is in that light that I have consulted with the Health Service Commission and they have assured me that the issue of dismissal will be suspended immediately. It is now left for the doctors to return to their locations and to regularise their status with the Health Service Commission and I hope that in the interest of our people, they will seize this opportunity of this olive branch and let us get on with developmental work that we are tasked with at this time.”