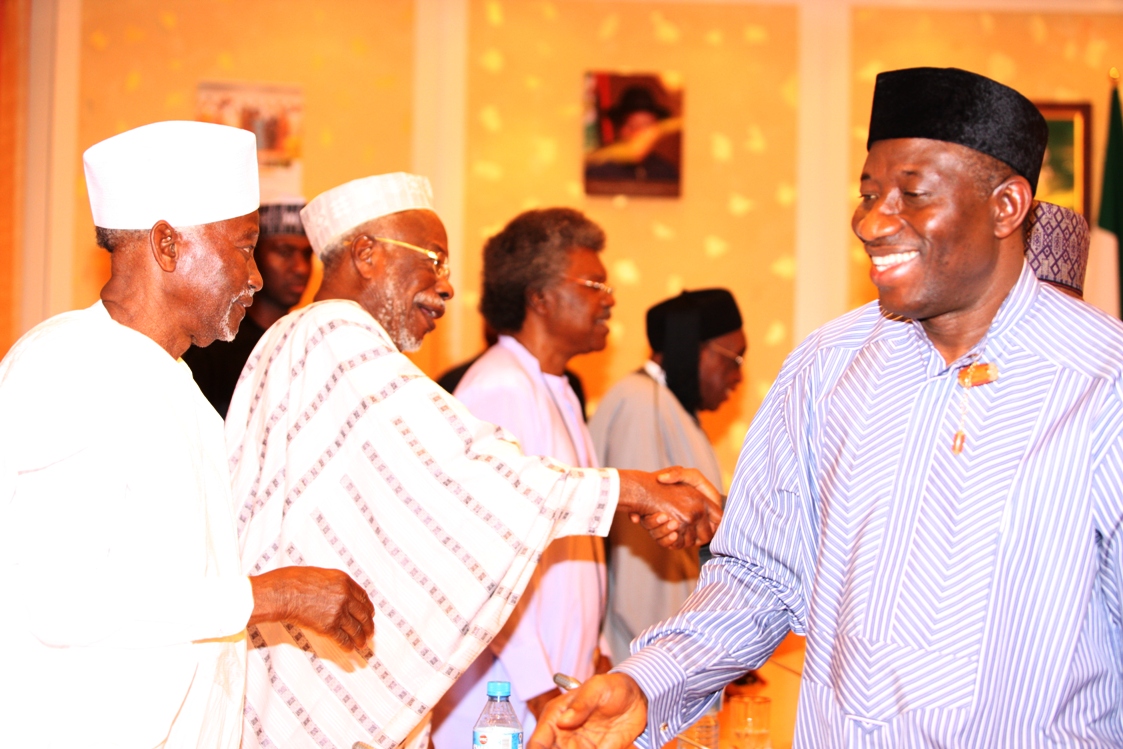 The leadership of the Northern Elders Forum (NEF) met with President Goodluck Jonathan late Wednesday night on issues of security and national unity.

According to the News Agency of Nigeria (NAN) the meeting at the Presidential Villa was held behind closed door.

Abdullahi said the leader of the Group, Alhaji Yusuf Maitama-Sule, presented a document containing the position of the Forum to the President.“The document itself was not actually read, but the leader of Northern Elders Forum, Dan-Massani Kano, has given a gist of the content of the document.“He emphasised in the end that the country should be assured that the administration of this country requires assistance from well meaning Nigerians to overcome some of the challenges we are facing now.

.“After the brief by the leader of the delegation, we left the document behind intact without reading it.“This is to allow Mr President at his more convenient time to go through it, have a look at the contents and some of the recommendations that have been made.“He has indicated that there may be a need after looking at it, for him to call us back and have further discussions and dialogue on some of the issues we may have raised in the document,” he said.

The Deputy Leader of the group and former Deputy Governor of Benue State, Chief Paul Unongo, said they resolved not to let out the details of the contents of the document to the press until the President had taken a look at the proposals.

The Minister of information, Mr Labaran Maku, who spoke on behalf of the Federal Government, said the meeting was at the instance of the forum.He said the elders brought their position on key issues confronting the nation to the president and offered to assist in resolving some of the problems.Maku said the President thanked the elders and assured them that he would carefully look into the recommendations.