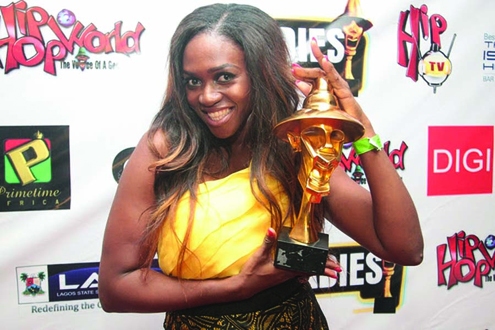 As the 23 July date for  The Headies approaches, preparations for the 2012 edition of Nigeria’s biggest and most respected music awards has commenced, Showbiz Trends learnt.

Ayo Animashaun, CEO, Smooth Productions, organisers of the awards formerly known as Hip-Hop World Awards said in all, a total of 23 plaques will be given to last year’s winners.

“On 23 July, we will have a mini event to give out the car and plaques to last year’s winners, and then the following day, we will officially launch the countdown to the big day by announcing nominees, hosts, sponsors and other plans,” Animashaun said.

Among the winners that will receive their plaques are 2Face Idibia (Album of the year, Artiste of the year, and Best R&B/Pop album), Don Jazzy (Producer of the Year), Darey, (Recording of the year), Ice Prince (Song of the year-Oleku), M.I, Waje, DJ Tee, Modenine, Cabo Snoop, eLDee, Femi, Dr. Sid, Jah Bless and WizKid, who apart from the plaque, leave with the biggest prize- a brand new Hyundai Sonata 2011.

Though yet to make the date of 2012 edition public, Hip Hop World Awards is already dangling a new theme “Step Into The Spotlight” before rising and established Nigerian acts whose materials – released between March 2011 and February 2012 – passed the test.