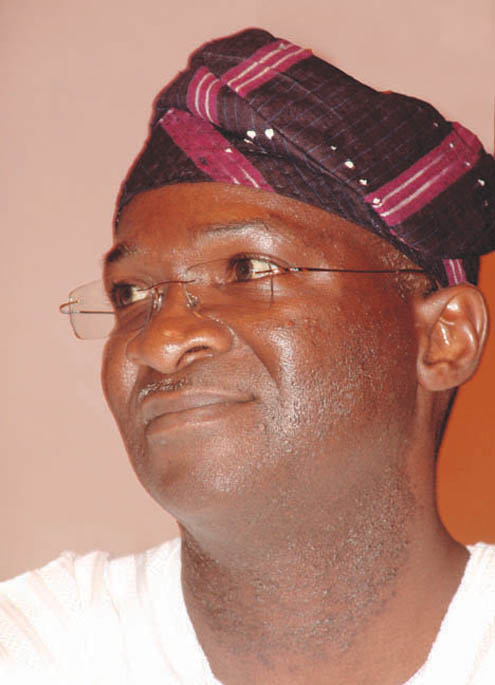 Lagos State Governor, Mr Babatunde Fashola (SAN) on Thursday attended the 17th Convocation ceremony of the Lagos State University, Ojo, asserting that the State has resolved to restore the institution to her former glory and propel her to even greater heights, just as he announced a suspension of the conferment of honourary degrees by the school.

The Governor who spoke at the New University Auditorium in Ojo, which he unveiled just before the commencement of the Convocation ceremony, stated that the university used to be a reference point amongst tertiary institutions in Nigeria and would regain that reputation, because government will do everything in its power to ensure that it does.

“A university’s image and reputation is defined by many factors, ranging from its past history, which creates a brand, its structures and architectural buildings, and its content in terms of its teaching personnel and the learning aids and equipment that it offers students.”

Governor Fashola, who also spoke extensively on the issue of award of honourary degrees said it is most inappropriate that any university whose products are struggling to measure up to globally accepted minimum educational standards, should be in the business of conferring honourary degrees on any category of people in the society, no matter how deserving.

“There is a vital aspect to the award of honourary degrees. They are actually supposed to be equivalent to the full degree and therefore the recipient enjoys the full benefits of the degree as if he or she actually studies for it in the awarding institution.

“This implies that the recipients must be carefully chosen and their contributions to the upliftment of the society in whatever area of human endeavour, must be well established,” he added.

He reiterated that the contributions of the recipients of these honours in the places where the idea was adopted from is not only visible and measurable, but that the quality of life of the entire community is commendable

“Can we truly say that all honourary degrees in our society in Law, Engineering, Philosophy, Economics, Agriculture and many disciplines is truly reflective of value added?

“Regrettably it would seem that in our society, we require titles and honours in order to add value to our names. This is a worrisome path from which we must retreat. Although it will be very difficult to impeach the contributions of past honourees of this institution, and because we are determined to keep the stream of honour pure, we have decided to raise the bar,” the Governor stated.

“Let us find our voices and ask them. What is the basis for honour? Do we have electricity? Are we enforcing our laws? Have we broken new grounds in medicine? Have we designed the tallest building or invented the most productive and yielding grain of maize, cassava, tomato or rice?”

Governor Fashola said he has studied the law setting up the institution and in consultation with members of the governing council has decided to suspend the conferment of honourary degrees from LASU until there is an improvement in the quality of the lives of the people.

The Governor explained that he should not be misunderstood as suggesting that there are no men or women who will be deserving of such honours should the university decide as such, but that this is not a time for the people to lie at ease, but rather one to ask those men to do more to inspire the generation behind that there is intrinsic and unquantifiable value in delaying the sense of gratification and appreciation.

The Governor while speaking on the new fees regime introduced at the school as part of a recommendation by the Visitation Panel said the administration went to great length to explain why it took the decision aimed at restoring the image of the university and position it for greater excellence.

The Governor also shared his experience from an online editor at Reuters, by Ben Walsh titled ‘America’s Trillion-Dollar students Debt Burden’ which says 94 percent of students borrow to earn bachelor’s degree and that the total value of student loan debt has passed $1trillion.

He explained that what this means is that not only are students in the United States already deeply in debt by the time they graduate, they are often in debt well into their 40s, because they have still not been able to pay those loans back.

The Governor said it is the same institutions that some Nigerians are exporting their children to, wondering why they are ready to pay abroad to foreign lecturers and foreign institutions and unwilling to do the same in Nigeria.

“Whereas students who are indigent abroad have to borrow to go to school there, your government here is providing scholarships and bursaries for indigent students to give you the same opportunity and education that the children of the rich can get.

“We have made a provision for N250 million in 2012 budget for scholarships to mitigate the effect of the school fees increase on those who cannot afford them. I am of the view that it is better to use such scholarships and bursaries to equalise opportunities in the same university for children of the rich and poor, to develop together, than to pretend to run a free university or cheap university where the elite will not send their children, Governor Fashola explained.

Speaking earlier, the Chancellor of the University, Sir (Dr) Molade Okoya-Thomas expressed delight at the peace and harmony that exist within the university, adding that the convocation marks another opportunity to showcase opportunity for producing manpower for the nation.  While applauding the great work of transforming Lagos to a megacity by the Governor, Sir Okoya-Thomas pledged the support of the university to the governor in his efforts to develop the university to a world class status.

The Vice Chancellor, Professor John Obafunwa who was presiding over the first convocation since his appointment, thanked the Governor for the positive intervention in the activities of the Lagos State University.