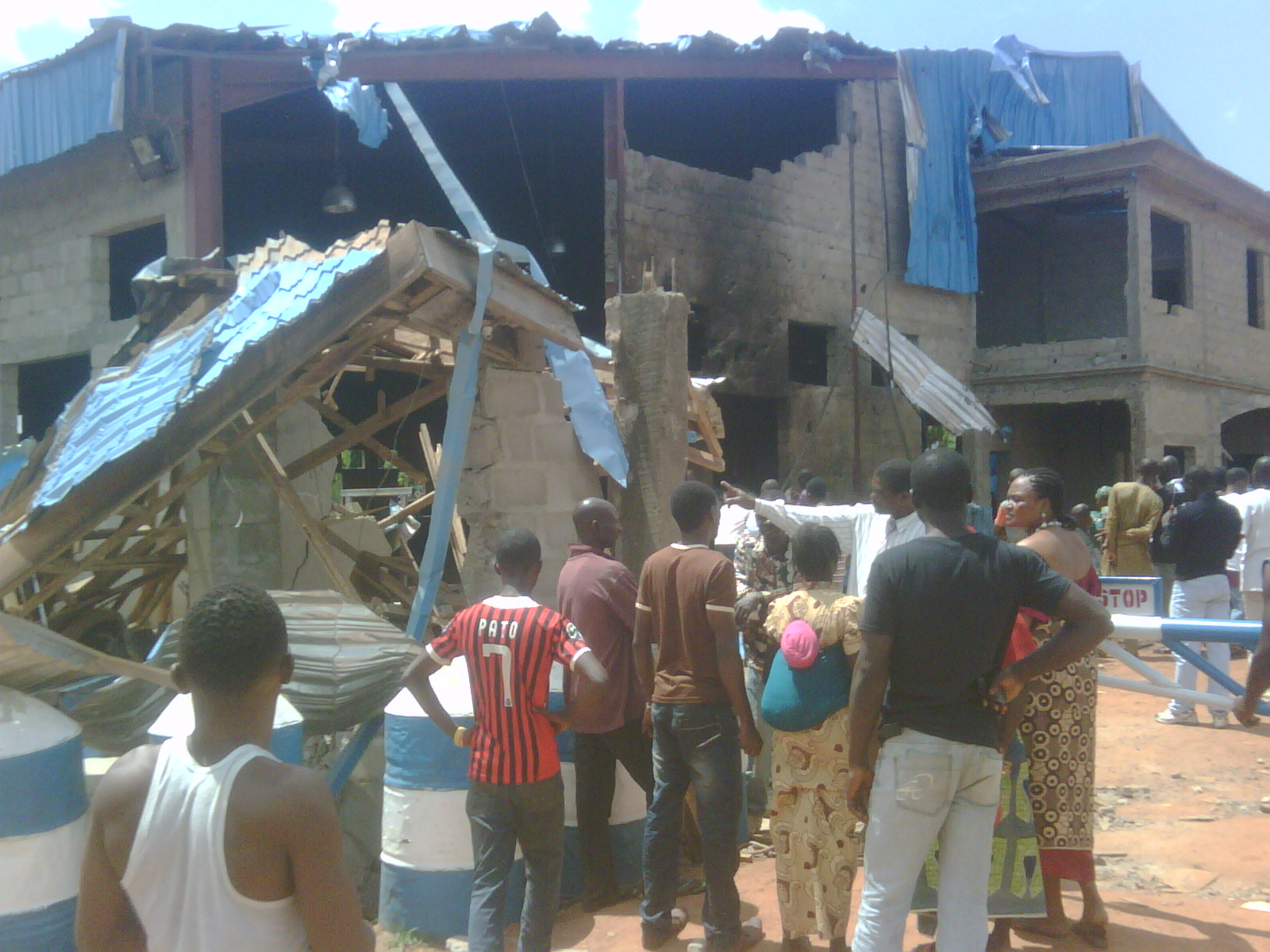 Bombs have exploded in three churches in the volatile Nigeria’s North western Kaduna state, two of them in Zaria and one in the city of Kaduna.

“There were two simultaneous bomb attacks on churches in Nassarawa and Barnawa in the south of Kaduna this morning. We are yet to get information on casualities,” Kaduna spokesman for the National Emergency Management Agency (NEMA) Aliyu Mohammed told AFP.

Emergency services and residents said they feared many people had been killed.

“NEMA has confirmed two explosions at Wusasa and Sabon-Gari in Zaria, Kaduna state. Rescue and security officers have moved to the scene,” spokesman Yushau Shuaib said in a statement.

Residents said many people, mostly worshippers, were feared dead in the attacks on the Christ the King Catholic Cathedral and ECWA GoodNews Church.

Residents in the areas said many people were injured in the attacks on the Christ the King Catholic Cathedral and ECWA GoodNews Church.

“Many people in the church were injured but I have not seen any dead bodies,” a woman who was in the church in Wusasa at the time of the explosion said by telephone from her hospital bed.

Several residents in Sabongari said the church was badly damaged.

“I went close to the church but could not access it due to heavy police and military security deployed around it,” resident Mahmud Hamza told AFP.

“From where I stood I could see a badly destroyed church still burning from the explosion. It is obvious there were deaths from the scale of the damage and the fire,” he added.

Another resident spoke of seeing bodies being taken out of the church.

The third explosion was recorded in Kaduna. There were no immediate reports of casualties.

Witnesses said it was a suicide bomb attack on Shalom Royal International Church in the Trikania area as worshipers held service.

Witnesses in the city reported heavy smoke billowing from the scene of the blast.

The News Agency of Nigeria (NAN) reported that the explosion at CKC Church in Wusasa occurred when the suspected suicide bombers rammed into the church premises in a `Golf IV’’ vehicle, defying orders by security officials at the gate to stop for a check.

A witness Bala Bati said that he saw about 13 bodies after the explosion.

At Wusasa, another eyewitness, Mr Johnson Maki, told NAN that the bombers came in a Honda Accord (2008 model), hitting the security posts and knocking down the part of the church building.

Mr Lawal Umar, the Divisional Secretary of the Red Cross in Zaria, said that not less than 30 persons sustained varying degree of injuries in the suicide attack.

He said that nine injured persons were taken to St. Lukes Hospital, Wusasa, for treatment, while nine others were ferried to Ahmadu Bello University Teaching Hospital in the Shika neighbourhood of Zaria.

He, however, appealed to the people to remain calm and avoid spreading unnecessary rumours about the incident.

DSP Aminu Lawan, the Police Public Relations Officer in the Kaduna State Command, also confirmed the explosions, saying that policemen had been deployed to the areas.

Lawan, however, appealed to the general public to be security conscious while going about their normal activities, assuring them that essential security measures were being put in place.

Casualty figure is yet to be confirmed but a worshipper at the church said he saw three bodies after the attack.

Two weeks ago, churches were also bombed in Biu, Borno state and Jos in Plateau, with over ten deaths recorded.