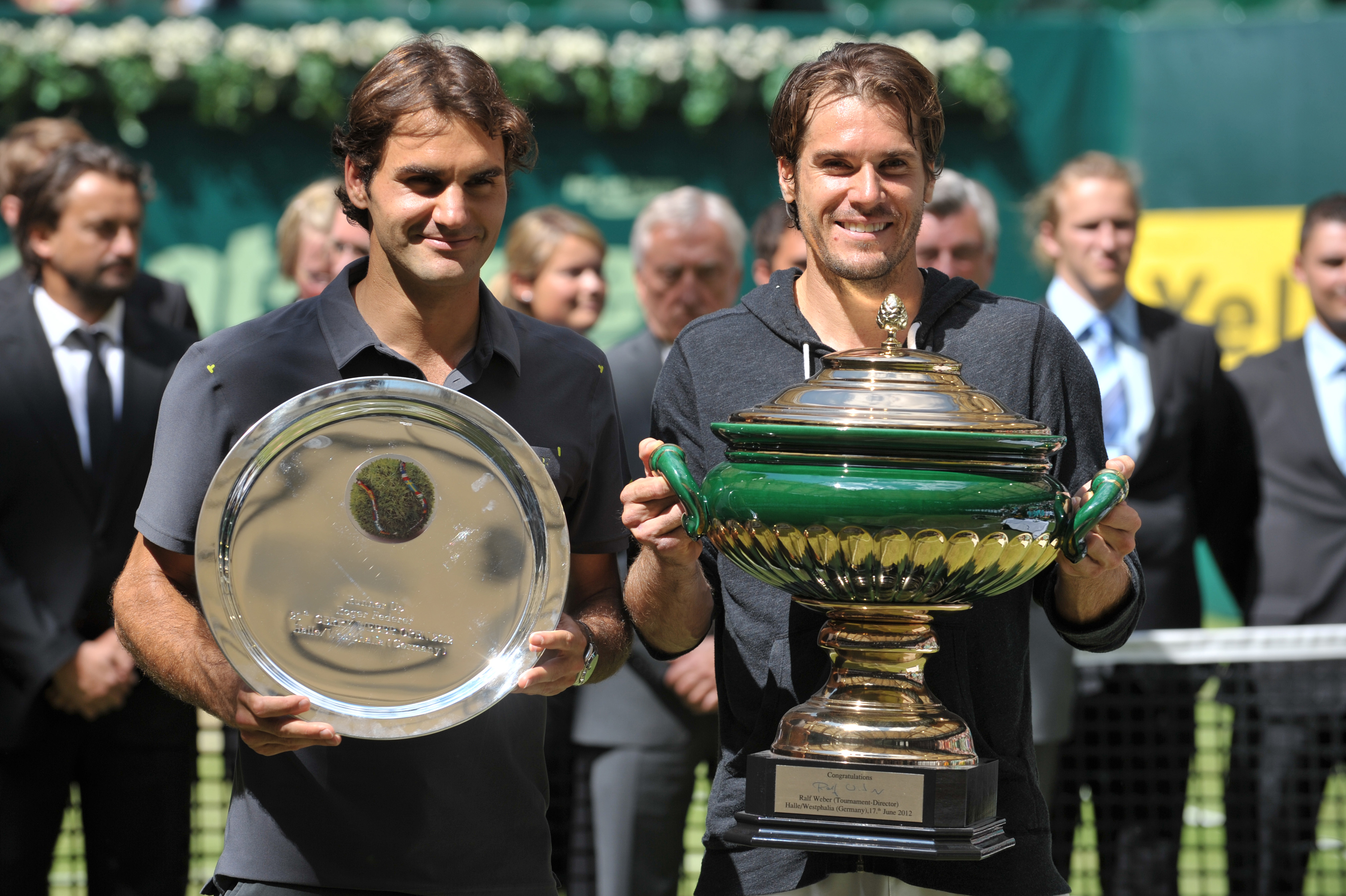 Haas and Federer’s rivalry spans 12 years, with the first meeting taking place in 2000 at the Sydney Olympics and resulting in a straight-sets win for Haas. Since then, the German has lost 10 of their past 11 meetings.

Haas’ last ATP World Tour title came three years ago, when he defeated Novak Djokovic in the Halle final. The Hamburg native returned to the Top 100 (No. 87) in the South African Airways ATP Rankings this week after reaching the third round as a qualifier at Roland Garros (l. to Gasquet). He has a 13-6 record on the season.

Federer hinted yesterday that it would be a herculean task defeating Haas on grass as he said:

“Tommy and I share many years together on the tour and also our families are close,” said Federer. “I’m happy for him that he made it so far and beat such top players. I hoped that he’d find his way into the tournament and would have a good run. He’s very dangerous on grass. So, it won’t be an easy final for me.”