Jonathan: My critics are Liars 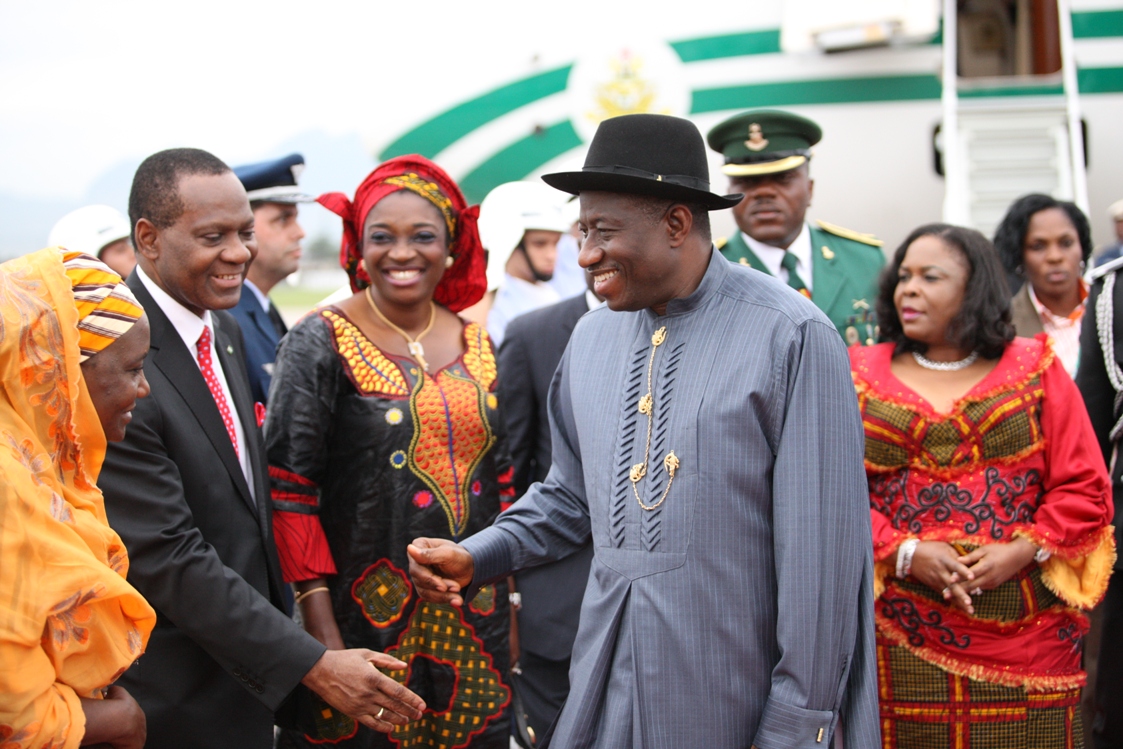 President Goodluck Jonathan late Tuesday in Rio De Janeiro, Brazil urged Nigeria’s political class not to sacrifice the progress and well-being of the nation on the altar of personal political ambitions.

Addressing members of the Nigerian Community in Brazil soon after his arrival for the United Nations Conference on Sustainable Development, President Jonathan said that Nigeria will definitely make faster progress towards fulfilling its immense potentials if all Nigerians united in support of the sincere efforts of his administration to positively transform the country.

“One of the problems we have is that some Nigerians play politics with everything, but we cannot destroy our country because of personal political ambitions,” the President said while denouncing the incessant and often unjustifiable criticism of his Administration, much of which, he said, was based on lies.

“We now have a constitutional democracy and no one can stay in office forever. It will therefore be best for our nation if we all support whoever is there for the development of the country instead of trying to pull him down by all means,” President Jonathan said while responding to comments and questions by Nigerians in Brazil on the current state of affairs in Nigeria.

The President assured the gathering that the Federal Government was working very hard to overcome Nigeria’s current security challenges.

“We have challenges, but they are not insurmountable. We remain fully focused and committed to national development in spite of sponsored lies against this administration. We are ready to work together with all of our people to move the country forward. We will work even harder to place concrete realities on the ground that will further prove our sincerity and commitment to all Nigerians”, he pledged.

Thanking members of the Nigerian Community for assembling from all parts of Brazil to receive him in Rio De Janeiro, President Jonathan said that his administration will continue to count on the support of Nigerians in the Diaspora for its efforts to build a better nation.

“It is generally known and acknowledged that Nigeria has a very robust Diaspora and we will continue to explore ways of harnessing your skills and talents for the development of our fatherland,” the President said.

He informed the Nigerian Community that he will meet with the President Dilma Rousseff of Brazil on the sidelines of the Rio + 20 Summit to discuss the enhancement of bilateral cooperation between Nigeria and Brazil, including the strengthening of trade and economic relations, as well as a prisoner exchange programme that could benefit Nigerians unfortunately imprisoned in the South American country