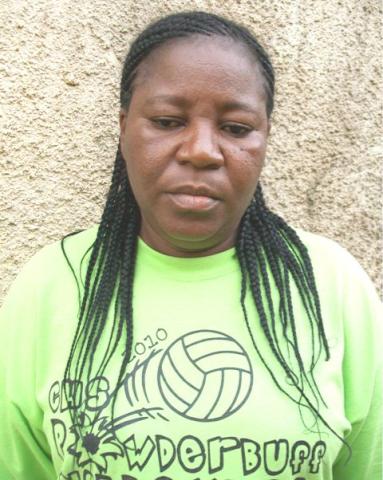 By inserting the 66 wraps of prohibited drug into her private part, NDLEA said Bala set a new record in narcotic smuggling in Nigeria.

“She inserted 66 wraps of substances that tested positive for methamphetamine weighing one kilogramme in her private parts as she attempted to board a Kenyan Airways flight to Nairobi,” said Mr. Mitchell Ofoyeju, NDLEA Head of Public Affairs.

According to him, no suspect has ever inserted such a large quantity of drugs in private part since the establishment of NDLEA in 1989.

The suspect who is a graduate of accountancy was apprehended a week ago at the Murtala Muhammed International Airport, MMIA, Lagos, southwest Nigeria, the agency said.

“The quantity of the drugs was so much that it affected her gait thus attracting attention of officials. Unfortunately, nemesis caught up with her when one of the wraps fell on the floor at the screening area as she bent down to pick up her belongings.

“Upon interrogation and examination, she confessed to the crime stating that she was asked to swallow the drug but was scared of death.

“In all, 66 wraps of methamphetamine with a total weight of one kilogramme was expelled from her private parts. Preliminary investigation revealed that she lived in Australia for about two years before she was deported in 2010,” NDLEA said

“This is incredible. She was desperate but I am happy that she was promptly detected. No suspect has ever inserted such a large quantity of drugs in the country. Usually, cases of insertion are not more than 300 grammes. It is amazing” NDLEA Commander at the Lagos airport, Hamza Umar, was quoted to have said.

According to NDLEA, Bala hails from Lagos Island and lives at Ijoko in Ogun State.

Chairman and Chief Executive Officer of the NDLEA, Ahmadu Giade, was quoted to have said that, “Apart from the quantity of drugs caught with her, her route is also a new development in drug trafficking. Drug barons now adopt a relay approach to drug trafficking. They wanted to use her to take the drug to another African country before using an indigene of that country to take the drug to other continents where the profit is higher. We are not oblivious of their moves and we are prepared to nip them in the bud.”