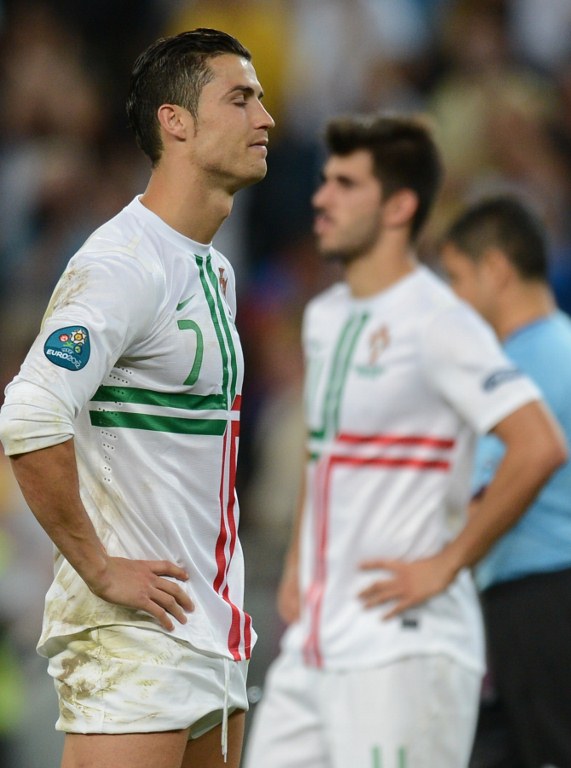 Defending champions Spain Wednesday night advanced to the final of the EURO 2012 championships, after defeating Portugal 4-2 via a penalty shootout in a grueling semi final match. The semi final tie, monitored on Supersport, went into penalties when the match finished 0-0 after extra-time.

Andres Iniesta,  Sergio Ramos, Gerard Pique and Cesc Fabregas scored their kicks for Spain, while Alonso lost the first for the side.Only Pepe and Nani hit target for the Cristiano Ronaldo-led Portuguese team, as Joao Coutinho and Bruno Alves missed their kicks, sending Spain to the final on an evening of total football display by both teams.

The Spanish should have taken the lead in the first-half of extra-time but Iniesta’s point blank shot – set up by a great run by Jordi Alba – was brilliantly saved by Rui PatricioBoth sides had a couple of clear chances in each half of normal time, with Portuguese captain Ronaldo missing a great opportunity in the 90th minute, firing high over the bar when one on one with the goalkeeper. Portugal probably had the better of the game but Spain had the clearer chances.Alvaro Arbeloa should have probably scored in the ninth minute after Andres Iniesta had carved his way into the box, a poor Portuguese clearance came to the Real Madrid fullback but his shot reflected the fact he had never scored for his country before as it went over the bar.While the Portuguese did most of the pressing and had the Spanish defence looking more rattled than usual it was the defending champions who had the next clear chance as Iniesta unleashed a shot from outside the box that went just over the bar.The Portuguese did finally engineer a chance in the 31st minute when Cristiano Ronaldo was found by Joao Moutinho and the Real Madrid star shrugged off a defender only for his shot to go the wrong side of the post.Germany play Italy in the other semi-final on Thursday in Warsaw.