My Dogs Are My Life 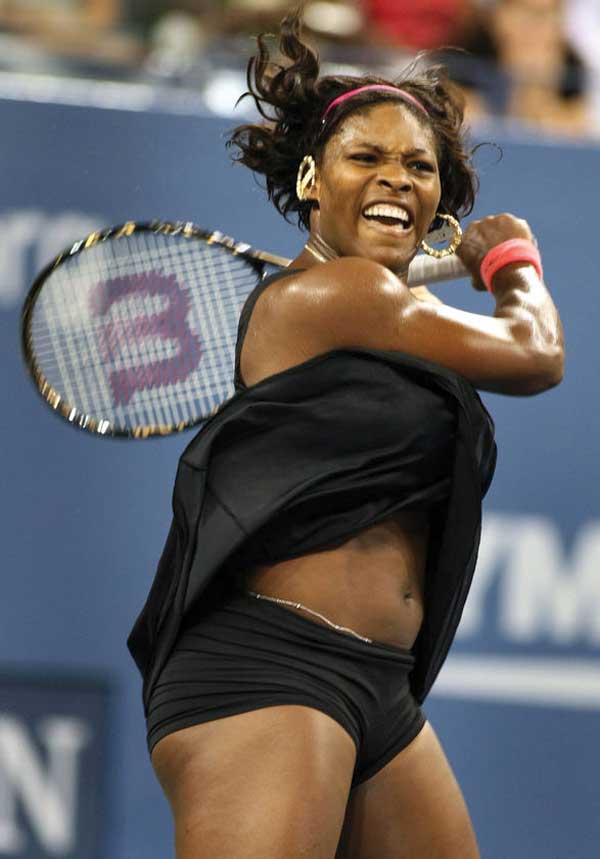 Serena Williams has won 13 Grand Slam singles titles and earned more than $36 million in prize money. Even so, critics sometimes suggest that her outside interests, which include designing two fashion lines and creating a line of nail polish, distract her from tennis. But Serena, who turned professional in 1995, says her longevity stems partly from having a rich life outside of sports. She spoke with TIME at the WTA Pre-Wimbledon players’ party recently about completing a nail technician course, and her love for dogs. 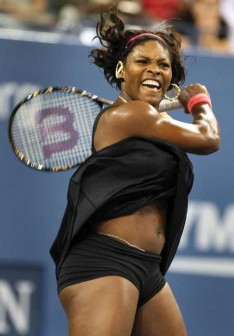 As a four-time Wimbledon singles champion, do you follow any rituals when you’re in England?

I’ve been staying in the same place for the past five years. I always have the same locker. I try not to have too many rituals because I believe that rituals don’t help you win. I used to do rituals a lot and it was crazy. I always had to have everything—my equipment, my clothes—lined up. It was too much. I couldn’t even keep up with all the stuff I had to do, so I was, like, “I can’t do this any more. It’s not helping me win. I’ve got to know winning comes from being on the court, not from whether I put my shoe in the same place.” It was crazy. I still do use the same shower though.

What do you look for when you’re choosing a dress?

I have to see four different sketches, and I look for style and how I feel at that moment. Last year I wore something really huggy, and tight-fit. So I was thinking about doing something a little different, and just really doing more play on color. I thought jewel tones would be great. I incorporate them in some of my collections as well.

Could you tell us about your fashion label?

What do you actually design?

I love designing dresses and tops. I went to fashion school, and I’m starting to have to do bags and stuff, and I didn’t do bags in school because my whole thing was dresses. I even did menswear. Bags have been super challenging for me. But it’s fun. I’m also starting a jewelry line. Its going to be part of Aneres. It’s Indian jewelry. It’s fine, expensive, fashion jewelry, but it’s not overpriced. Something like this [she points to a massive silver bracelet with green jewels on her wrist] would be, like, tens of thousands of dollars, but mine is priced a lot less. Finer jewelry, but affordable fine jewelry. I can’t wear fake jewelry because I break out. And I was like, “There are probably a lot of people like that, so I should start a jewelry collection too.”

We read that you’re pretty passionate about your two dogs.

They’re my life. I love them. They’re my girls. One is Jackie and one is Lorelei. They’re bad girls. They’re still not potty trained. They kind of make accident in the house a lot. But it’s OK. Mommy loves them. I don’t discipline them.

Do they travel with you?

They do, but they never come here, though. It broke my heart to leave them. They were in Paris with me. They went all through Europe with me. When I go home they’ll come back with me on the road.

Do they ever go on the court with you?

Sometimes they do. I don’t really like them to go on the court because I’m really focused when I practice. But it depends.

When you aren’t playing with your dogs and designing clothes, you also work on your own line of nail polish.

I did a couple of collections with OPI which was really fun. I love having fabulous nails out there and just being all lady. I introduced a shatter collection [that gives the nail varnish the appearance it is cracked] which, like, all kinds of nail polish companies are doing now. We did some other great colors like Grape Set Match and Simply Smashing. I always wear OPI Serena when I play. I actually did a 240-hour nail course to get my nail specialist certification too. I had a little bit of time on my hands [when a leg injury sidelined me from five tournaments in 2010].

Does having a rich and varied life outside of tennis help you on the court?

I think it helps me. I love being able to have a life outside of tennis. I love playing tennis so much and I can’t imagine not being a professional tennis player. But at the same time I love doing other things and going through the doors tennis has opened for me.