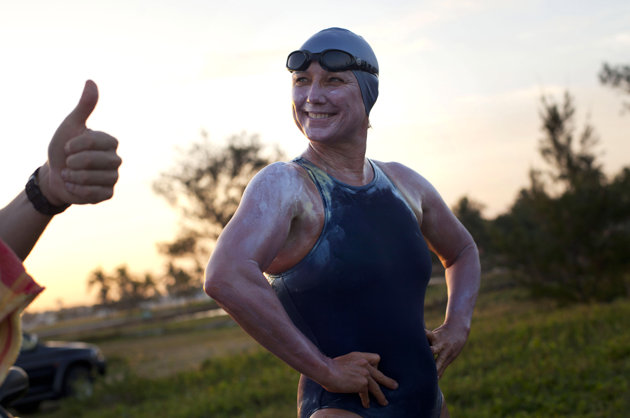 An attempt by British-Australian woman Penny Palfrey to swim unassisted from Cuba to Florida ended in failure early Sunday after she had to be pulled out of the water unable to cope with a strong ocean current.

“Penny Palfrey had to be pulled out of the water, after swimming for more then 40 hours,” the team said in a tweet.

It said Palfrey had to abort her bid to reach the Florida Keys at about midnight (0400 GMT Sunday) due to a strong southeast current “that made it impossible for her to continue her swim.”

“Penny is presently on her escort boat being taken care of by her crew,” the team said.

The mother of three and grandmother of two had been seeking to become the first to complete the historic feat without a protective cage.

The 49-year-old, who left the Cuban capital of Havana shortly after sunrise Friday, had already covered 139 kilometers (86 miles), or three-quarters of her itinerary when she ran into trouble.

She was just 43 kilometers (27 miles) south of Key West, her final destination.

By making it this far, she has already broken her own world record of the longest unassisted ocean swim of 59.64 nautical miles (110.45 kilometers), her team members said.

Despite her failure, her Facebook page quickly filled with comments by well-wishers, expressing support and saying that making it so far was already a great achievement.

The 166-kilometer (103-mile) trek from Havana to Key West is considered risky and fraught with unexpected dangers even by the best of athletes.