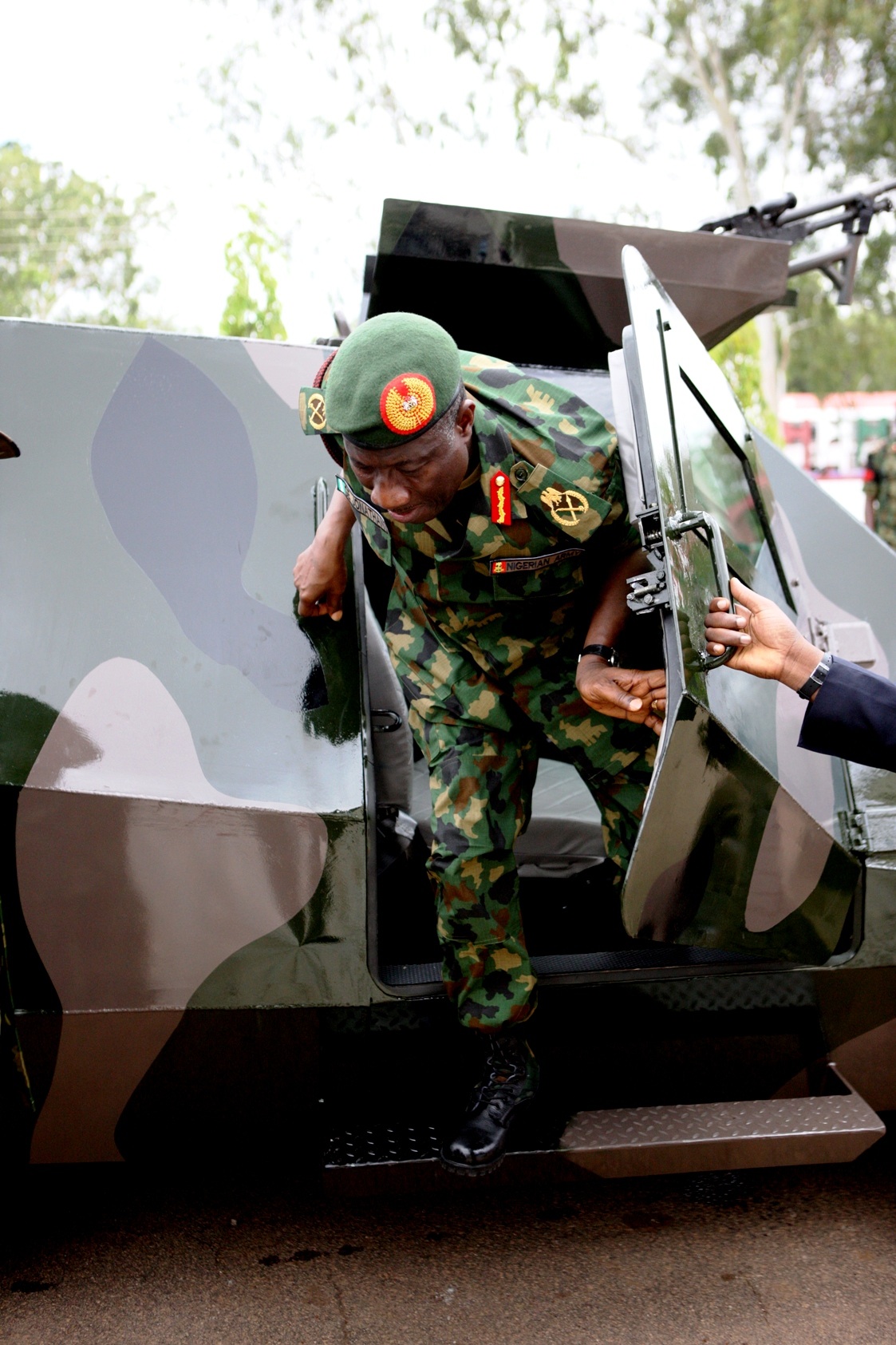 Nigeria’s President Goodluck Jonathan said in Kaduna on Monday that henceforth , the country would not import military equipment that could be produced locally.

Jonathan made the statement while inaugurating a ballistics vest factory complex for the production of military ancillary products at Defence Industries Corporation of Nigeria (DICON).

The president said the executive arm of government would forward a bill to the National Assembly to amend the DICON Act to give it a global outlook and allow it to export its products abroad.

Jonathan, who wore the rank of field marshal on the occasion, said the Federal Government would give preferential treatment to any local or foreign firm ready to partner and site defence industries in Nigeria.

The ballistics vest factory, situated in Kakuri, Kaduna State, is a result of a joint venture agreement between DICON and an Israeli firm – Marlon Nigeria Limited.

The firm, operating under a Public Private Partnership arrangement as DICON-MARON, is expected to diversify into tactical textile services, offering designing and developing services for tactical textile solutions.

“The new factory, along with new innovations in the navy and air force shows that the military has keyed into the transformation of Nigeria.

“With the commissioning, you must convince me beyond all reasonable doubt that DICON cannot produce any product before such product is imported.

“This commissioning marks the beginning of a vibrant defence industry.” the president said.

He urged businessmen not to limit the location of their industries to Kaduna, adding, : “you are free to site your industries anywhere in Nigeria.

“You just have to let us know where you are siting it as it has to do with the security sector. We will encourage people to produce our needs locally.”

He said the government would soon issue a directive to compel Federal Government agencies to patrionise DICON unless they could prove that the products they needed were not available locally.

“That is the only way we can move as a nation,” he said and called on other foreign investors to emulate MAROM-DOLPHIN by investing in Nigeria. 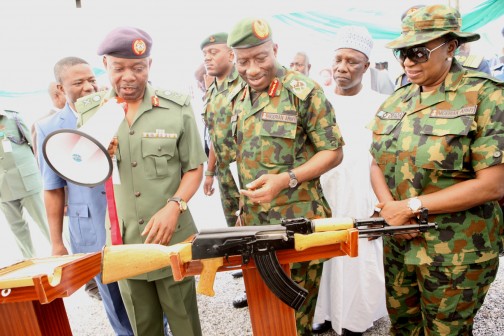 The Minister of State for Defence, Mrs Olusola Obada, said that in furtherance of developing Nigeria’s defence industrial base, the Federal Government had entered into a partnership with a Chinese firm to open a new line of production of military goods.

Obada called on the private sector to intensify collaboration with the Ministry of Defence toward the establishment of defence industries.

The Chief of Defence Staff, Air Chief Marshal Oluseyi Petinrin, asked the National Assembly to criminalise the importation of military goods that could be produced by DICON.

Petinrin said that all the defence and security agencies must be made to buy from DICON to encourage them to establish more lines of production.

The president was accompanied by the Governor of Kaduna State, Mr Patrick Yakowa, and his Bayelsacounterpart, Mr Seriake Dickson, as well as legislators to inspect DICON-MAROM military products.

President Goodluck Jonathan also visited Jaji, where he spoke about government’s readiness to deploy all available resources to ensure the restoration of peace and stability in the country.

Jonathan said this at the equipment display and unveiling of the Armoured Personnel Carrier built by the Nigerian Army, as part of activities to mark the 2012 Army Day Celebration.

He said the nation had experienced a number of security challenges particularly in the last one year.

“And I will like to seize this opportunity to reaffirm this administration’s resolute commitment to deploying all the resources at our disposal to ensure that the challenges are met headlong.

“Our nation’s armed forces including the army as well as other security agencies are trying to ensure that in an integrated manner, the peace and security are restored in all the affected areas in the country”, the President said.

Jonathan said the National Counter Terrorism policy was designed to give clear direction in the nation’s concerted effort to totally end terrorism.

Jonathan commended the army’s innovation in the construction of the locally made vehicle, saying it indicated the combat readiness of the army in the defence of the country.

“I am particularly impressed in the use of direct labour by the army in many of the projects it has undertaken; apart from saving cost this initiative will also enhance the professional competence of our personnel.

“I urge you to continue in this manner and even evolve more innovative strategy that will enhance the contribution to national infrastructure development which is the cardinal element of our transformation agenda, ” he added.

Earlier the Chief of Army Staff, Lt Gen Azubike Ihejirika, said the celebration was to showcase the army’s rich history, values and achievements.

Ihejirika said it also provided the army the opportunity to honour some of its personnel who have excelled in the line of duty.

“This year’s celebration is unique in that it is being held at the home of the Nigeria Army Infantry Corps for the first time; the uniqueness is also reflected in the theme which is “Partnering the civil society towards improving security”, he said.