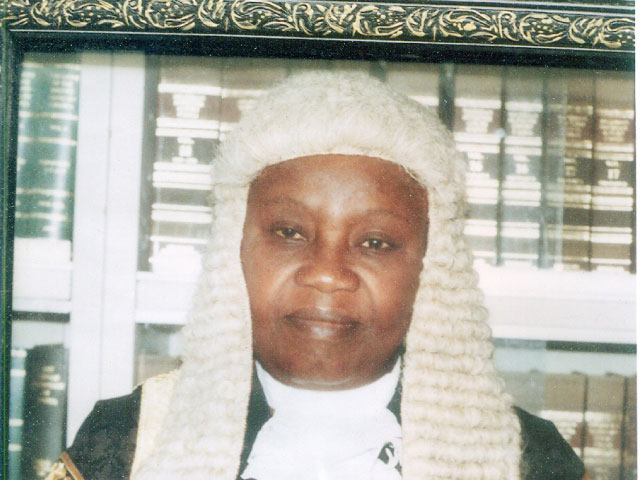 All appears to be set for the emergence of the first female Chief Justice of Nigeria, CJN, following President Goodluck Jonathan’s nomination of Justice Aloma Mukthar in a letter to the Senate President, David Mark.

If approved by the senate, Justice Mukthar will replace Chief Justice Dahiru Musdapher who is due for retirement.

As it stands today, Nigeria has produced twelve indigenous CJNs, with the first being Justice Adetokunbo Ademola, who held sway at the apex court bench from 1958 to 1972.

Sections 231 (1) (2) (3) of the Nigeria Constitution on the other hand, stipulates procedures that must be followed in the appointment of a CJN.

According to the constitution, the onus is on the Federal Judicial Service Commission, FJSC, to forward the name of the candidate to the National Judicial Commission, NJC, which in turn, nominates to the Presidency.

If the President approves, he then appoints the candidate and sends the appointee’s name to the Senate for screening and confirmation.

Meanwhile, there are at present 14 justices at the apex court bench, out of which only three are women.

Justice Mukhtar, a Kano-born first female lawyer from the northern part of the country, was called to the Nigerian Bar in 1967, a year after she was adopted into the English Bar.

Justice Mukhtar quickly ascended the judicial ladder to become the most senior ranking justice of the Supreme Court beside the incumbent CJN, Justice Musdapher, who in-line with section 291(1) of the 1999 Constitution will retire on 15th July when he will clock the 70 years mandatory retirement age for judicial officers within that cadre.