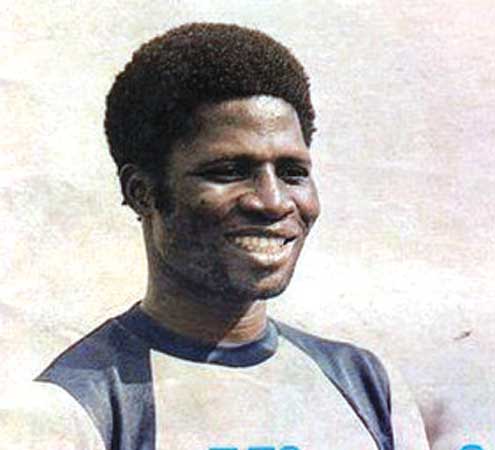 Former captain of IICC, now 3SC of Ibadan, Samuel Ojebode is dead. He was confirmed dead around 4:50am on Wednesday, 4 July, 2012, at the University College Hospital, UCH, Ibadan. Reports say he died of heart related ailments.

The former footballer, who was brought to the UCH on 16 April this year, died in the presence of his wife, Mrs Morenikeji Titilayo Ojebode in West Ward 2 of the hospital, few minutes after he started gasping for breath.

P.M.Sports gathered that the Oyo State Commissioner for Sports, Dapo Lam-Adesina, on Tuesday evening, paid him a visit at the UCH before he gave up early Wednesday.

Lam-Adesina disclosed that he was in the hospital to ascertain how Oyo State could assist him, but the effort was too late, as Ojebode did not recover from the sickness.

The Public Relations Officer, PRO of UCH, Femi Babade disclosed that Ojebode’s remains have been deposited at the hospital mortuary.

Reacting to the Ojebode’s demise, former Shooting Stars player, Segun Odegbami was short of words, as he broke down in tears.

“You people should just leave me alone. I don’t have anything to say about it for now, just leave me alone. I am tired of hearing about friends’ death all the time. May his soul rest in peace,” Odegbami said as he managed to put himself together after he was told that his former teammate at IICC was no more.

In his own reaction, former Super Eagles goalkeeper trainer, Joe Erico expressed shock over Ojebode’s death. Erico said the death of the former 3SC skipper was a big blow to him, noting that Nigeria has lost another gem in the football fraternity.

“Oh my God, are you sure? That Ojebode died this morning? We played together in the national team in 1976. Ah! He played a left full back for us, while I was in goal. I am short of words. I don’t know what happened. Oh! …” Erico lamented on Wednesday.

Ojebode, popularly called Sam was the captain of Shooting Stars Football Club, IICC between 1974 and 1980. He led the club to win the African Cup in 1976.