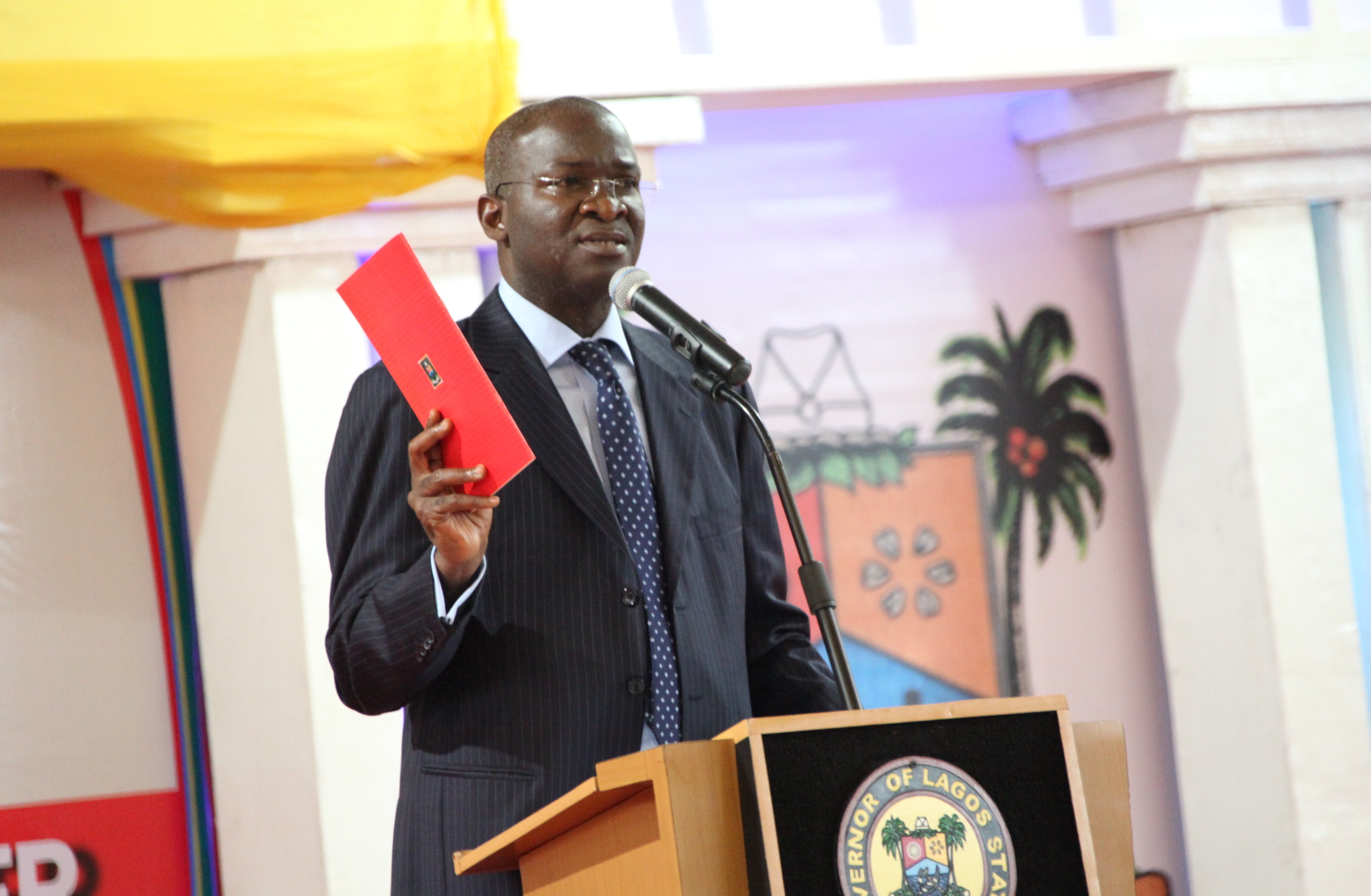 Fourteen ministries and agencies are to pioneer the implementation of a new service charter just launched by Governor Raji Fashola of Lagos state, south west Nigeria.

At the unfolding ceremony of the Charter in Lagos, the governor called for a transformation from the days of “action Governors” to an era of “action Governments” through functional institutions.

Governor Fashola noted that Lagos has indeed been very lucky to be blessed from inception with good leaders who have been tagged as action governors. Now Fashola wants a toga that will be more all embracing.

“If I can buy a bottle of Coke without having to call the Managing Director of Coca Cola, why should I need to call the Governor of Lagos State because I want to buy land?. It is because we have not built our government around institutions. And I think we are on our way from today”, Governor Fashola stated.The Governor who also gave an insight into how the journey into fashioning out the Service Charter started said some three to four years ago, several questions agitated the minds of members of the State Executive Council which borders on why the public sector cannot perform better than the private sector.

He said government was also concerned about why someone should come to a public service office in pursuit of service and there is nobody at the front office to say “how are you sir or how may I help you” and also not have somebody in the front office to attend to him.

He said that in a functional setting a person should not have to look for his file or have to repeat visits to the office 20 times if he needs to come only once to sign a document, adding that by responding promptly, the service providers are not only helping him to save some money which would have been expended on fuel, they are also saving him the stress.

Noting that the responsibility of being responsive comes with the privilege of being chosen to serve from a population of over 18 million people, Governor Fashola said the quality of service would affect all including the service provider.

“For me it is a momentous privilege and it should be for you to be able to make the water that we will drink, to be able to make the road that I will drive on, to be able to build the hospitals that will look after me in my old age. 18 million people could have had that opportunity but only a few 100,000 of us who have that opportunity to be in the public service and that is why this day is important for us to chart a new course in service delivery and governance”, the Governor explained.

Fashola who also spoke on the establishment of the Traffic Radio in the State said the station gives opportunity for the residents to have advance information to plan their movements and routes in the comfort of their homes.He said the chosen agencies which are the pilot agencies are the most impactful in terms of service provision to the people to see how the implementation process is going on, adding that government would want to the hospitals to move from treating patients to caring.

The Head of Service, Prince Adesegun Ogunlewe represented by Mrs. Oluseyi Williams said the launch of the Service Charter is another first by Lagos State which has often blazed the trail in good governance.
She said with the launch of the Service Charter the government is telling the people that it is here to serve them and also ready to be held accountable, adding that in the course of asking for that service, the people can complain if they do not get the service they deserve.

In his welcome address, the Director- General of the Office of Transformation, Mr Toba Otusanya said the introduction of the Service Charter in the state’s public service is a bold step to demystify the various processes involved in accessing service windows offered by government agencies.He added that this initiative is unique in the sense that it is operated within the framework of series of service pledges made by Ministries Departments and Agencies to their customers, stating clearly the service delivery level they should expect from them as a matter of right, saying it is essentially targeted at the perceived inadequate service delivery of the public service.

The event was attended by some members of the State Executive Council including the Commissioner for Education, Mrs Olayinka Oladunjoye, Special Adviser on Health, Dr (Mrs) Yewande Adeshina and members of the Body of Permanent Secretaries among other top government officials and public servants.