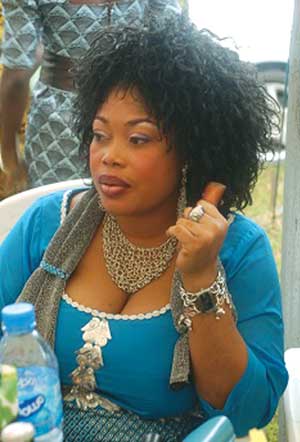 Popular Nollywood actress, Bimbo Akisanya, has been discharged and acquitted of an alleged conspiracy against a general overseer by an Ikeja Magistrate’s Court in Lagos.

Magistrate Olufemi Isaac discharged the 34-year-old actress based on the no-case submission advice brought in by the Lagos State Directorate of Public Prosecutions, DPP.

In accordance with the advice submitted by the DPP, the magistrate said that suspicion, no matter how serious, could not be a ground for submission.

Akinsanya was docked last 2 November on a two-count charge of conspiracy and felony.

Police prosecutor, ASP Barth Nwaokeye, alleged that the actress had on 28 October, pointed the general overseer of Divine Power Revival Ministry, Rev. Pat Dennah, to a yet-to-be identified boy, to shoot her.

Nwaokeye said the 33-year-old reverend had sustained an injury on her left shoulder from the shooting that occurred at 20, Samuel Street, Akowonjo, Egbeda, in the Lagos metropolis.

According to the DPP’s statement, facts had been revealed that there had been misunderstanding between Dennah and Akinsanya, prior to the alleged shooting.

The elated actress while speaking with us confirmed that the period was the most terrible of her life.

“The past few months were the most terrible of my life. But I thank the almighty God for seeing me through. I can now concentrate on my job”.