Libyans vote for congress amidst protests 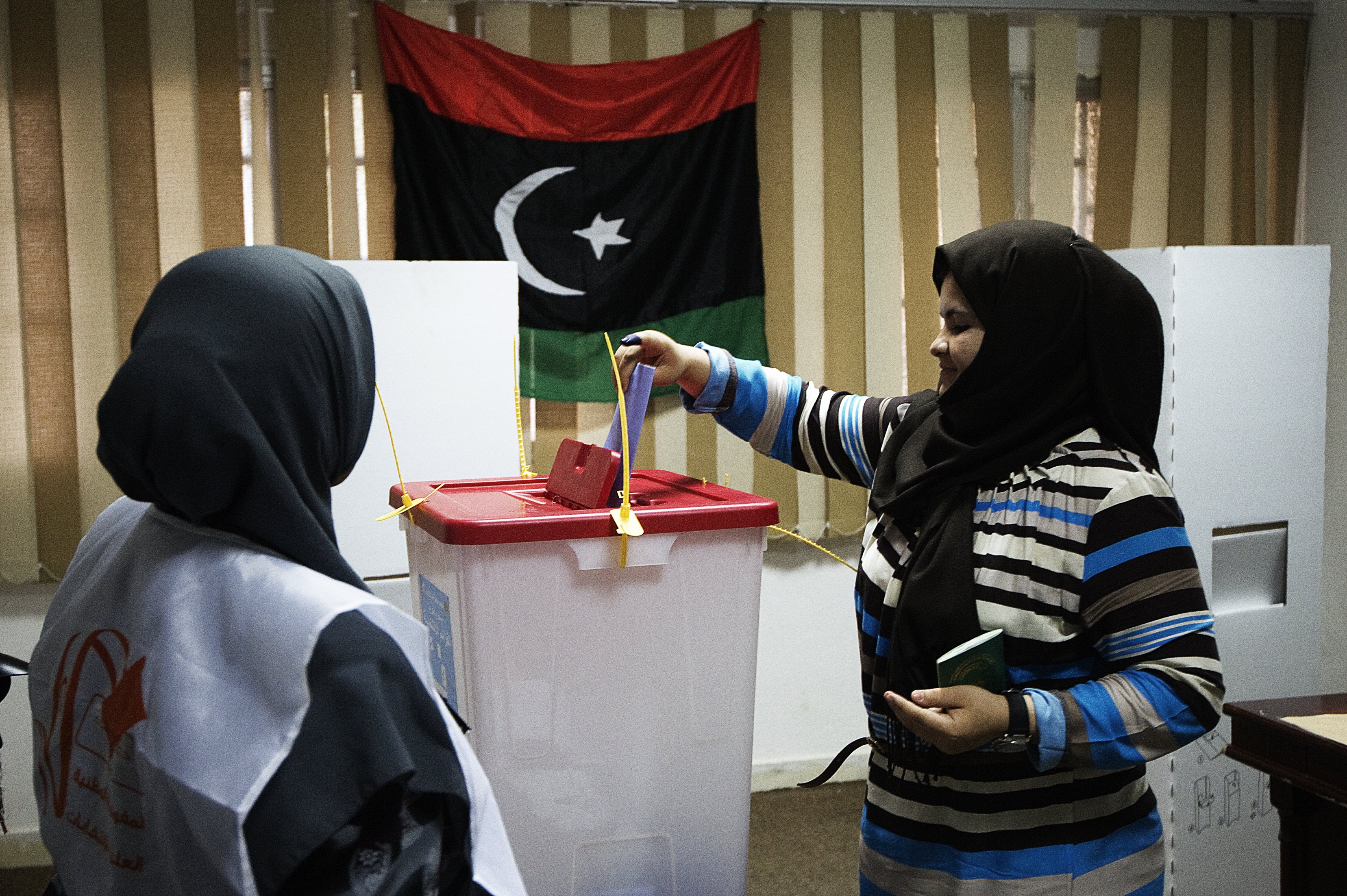 Polls opened on Saturday for Libya’s first national elections in over four decades amid acts of sabotage in the east by protesters who feel their region is under-represented in the incoming congress.

In Tripoli, polling stations opened on schedule at 0500 GMT with lines of voters eager to elect the General National Congress, which will be at the helm of the country for a transition period, an AFP journalist said.

“Words cannot capture my joy, this is a historic day,” said Fawziya Omran, 40, one of the first women in line at the Ali Abdullah Warith school at the heart of the capital.

However protesters in eastern Libya calling for greater representation for their region forced the closure of several polling stations, officials said.

Some voting centres were shut in the eastern city of Ajdabiya, where a depot containing electoral material was torched earlier this week, an electoral official in Benghazi told AFP.

Another official said voting was disrupted at oasis towns in southeastern Libya, including Jalo and Ojla, after federalism supporters prevented a plane carrying polling material from taking off.

And Abdeljawad al-Badin, spokesman of the self-appointed Cyrenaica Council, said voters in Quba, near the town of Derna, were boycotting the electoral process altogether.

In Tripoli, a senior electoral official confirmed there had been some incidents in the east but dismissed reports that the vote could be delayed in those areas, stressing that they were working towards a solution.

“Ninety-two percent of voting centres are open,” he said.

Interim leader Mustafa Abdel Jalil, who voted in his eastern home town of Al-Bayda, said the situation there was “excellent.” He expressed hope for a successful vote and hailed as a martyr an electoral worker killed on Friday.

“We hope that our brothers in Benghazi will stay away from such problems and that the voting will go ahead as planned,” he told AFP, referring